Having waited out the worst of the storms in Arkansas, we headed towards Oklahoma City. Visiting the Murrah Memorial has been on our bucket list and the wait was worth it. I was disappointed that we would be reducing the amount of time we would stay here, but was so glad that we have the flexibility to change our plans when necessary. Celia and I have just celebrated two years of full-time RV living this week and I must say it has been a wonderful experience.

Leaving Fayetteville, AR, our drive across the Oklahoma countryside included numerous vistas of flooded areas. The rain had been fierce for days resulting in swollen rivers and inundated low-lying lands. The worst had definitely passed, but as we arrived in Edmond, OK the weather service issued a tornado watch. The locals took it in stride but it is unnerving for a visitor in an RV.

Oklahoma City is a growing vibrant city and an especially friendly one as well. The locals told us that it wasn’t always so, but that the “bombing” had changed everything. After that moment, the city and, more importantly, the people changed.

What is the bombing? It is one of the deadliest terrorist bombings in the United States and it took place in a federal office building in the heart of downtown Oklahoma City. The resulting memorial tribute was what brought us to the city.

On April 19, 1995 at 9:02 AM the Alfred P. Murrah Federal Building and the people within were attacked by a domestic terrorist using a truck containing a large bomb. The massive blast killed 168 people and injured more than 680 others. Buildings were damaged in a 16-block radius with many completely destroyed. For example, we saw the nearby post office has been relocated but it remains in the immediate vicinity. The multi-story Murrah building was over one-third destroyed and the result of the blast caused floor upon floor to collapse on each other. This made locating the survivors and the dead an incredible task. 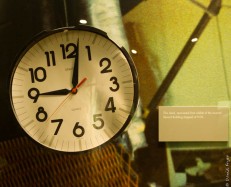 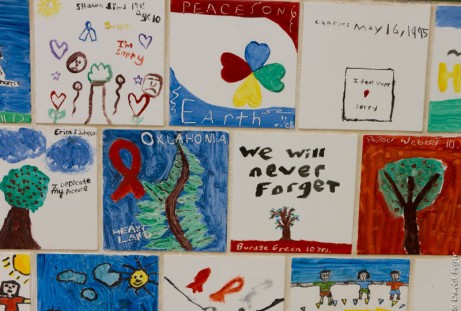 The nation was riveted by the story which at that time was the largest terrorist attack to take place in the US. The city rallied together as a community, responded to the disaster, rebuilt the city, and continued to do the difficult work of creating a lasting memorial to never forget that fateful day.

The most prominent feature the Outdoor Memorial is the “Gates of Time” which frames the moment of 9:02 AM. The East Gate has simply 9:01 engraved on it and it signifies the moment of “just another day”. The West Gate labeled 9:03 is a call for the healing to begin after the disaster. Between the large gates is the Reflecting Pool on what was once Fifth Street.

Beside the Reflecting Pool is a Field of Empty Chairs arranged in nine rows that reflect the floors on which the victims were located at 9:02 AM that day. The field is the same size as the destroyed Murrah Building. Included in the grassy expanse are 168 chairs which contain 19 smaller chairs that represent the children that were killed.

Each chair bears the name of the person killed. 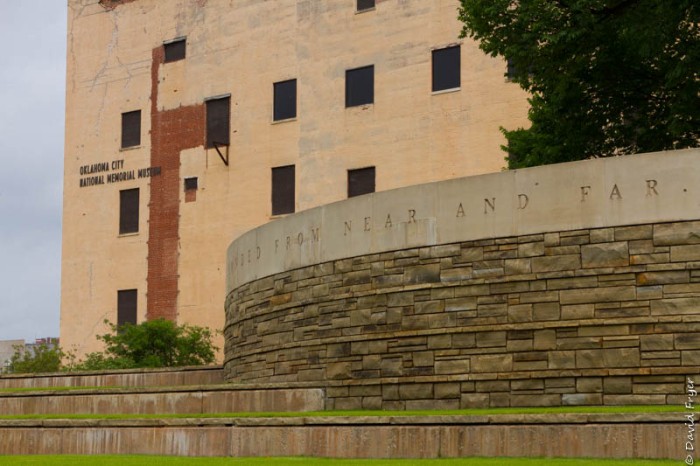 Another prominent feature is the Survivor Tree that barely withstood the blast and has recovered to stand overlooking the memorial. The adjacent museum contains an extensive collection of artifacts and information about the building, the people, and the event itself.

The first part of the museum is called A Day Like Any Other and the second part shares the story of the bombing. While the blast happened in an instant, the rescue and recovery efforts lasted 16 days. The effects on the community have lasted a lifetime.

We found the people of Oklahoma City to be very welcoming and they truly seemed to appreciate our visit. This should be on your bucket list, but perhaps not during tornado season.

Up next, Abiquiú, NM and the home of Georgia O’Keeffe.