Anacortes, a town in Skagit County, is one of the places that David and I wanted to visit in Washington. A number of our camping friends recommended that we spend some time exploring Anacortes, Fidalgo Island, and Whidbey Island. Since we were on our way south to Portland and were passing by there, we decided to stop there for a few days.

Anacortes sits on the tip of Fidalgo Island and is about 60 miles north of Seattle. Anacortes was named for Anne Curtis Bowman, the wife of the town’s founder Amos Bowman. He founded the town in 1877 in hopes that it would become the terminus of the Northern Pacific Railroad. Unfortunately, the project that began in 1888 was abruptly halted in 1891 due to finances. After that time, the town turned its attention to fishing, canning, and timber milling. Later, it also became the site of two oil refineries. Currently, oil refining is the largest industry in that area.

Anacortes has a marina and attracts many boaters and tourists who want to visit the San Juan Islands. The city itself is very picturesque and has many shops and restaurants near the harbor. We had a delightful lunch at Adrift restaurant. We ordered fish tacos and they were excellent. We would highly recommend this popular eatery.

The city of Anacortes also owns an often visited park called Washington Park. It is a 220-acre park that offers lovely views of the San Juan Islands. On a clear day, you can see the Olympic Peninsula, too. Camping, hiking, and boating are favorite activities. David and I drove the 2.2 mile scenic loop road through the old growth forest along the shoreline of the peninsula. Although it was a bit overcast, we did have some great maritime views of the Rosario Strait. 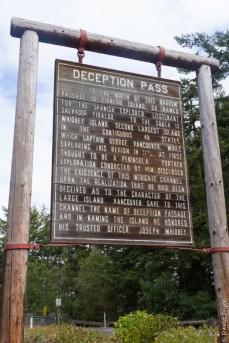 Another day we decided to explore Whidbey Island which is south of Fidalgo Island. Whidbey Island is the 40th largest island in the U.S.A. and was named for Joseph Whidbey. This navigator discovered that Whidbey Island was indeed an island and not a cove like the Spaniards thought. Today, to gain access to the island, you must cross the Deception Pass Bridge that was listed on the National Register of Historic Places in 1982. This bridge is 1487 feet long and is about 180 feet above the water and has two spans: one over Canoe Pass and the other over Deception Pass. When it was constructed in 1935, it cost $485,000 to build. Now it costs more than that to paint it.

We walked over the bridge and looked down over the narrow straits. The tide in these channels that connect the Strait of Juan de Fuca with the Saratoga Passage can reach speeds of over 9 mph as the tides ebb and flow. Surfers and kayakers often go there to take advantage of these tidal conditions. We saw lots of boaters and fishermen while we were there. 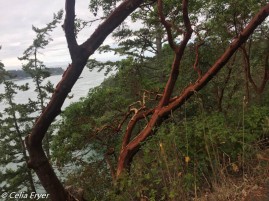 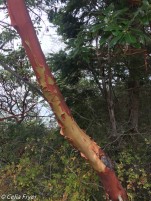 Along side the bridge, we saw of number of Pacific Madrone trees which are native to the west coast of North America. These trees can grow to be 80-125 feet tall with 24-48 inch diameters. The bark peels off in large pieces revealing a smooth reddish interior bark that darkens with age. These trees can be 200-400 years old and are magnificent to behold.

While on Whidbey Island we went to Deception Pass State Park. This park boasts 3,854 acres and also includes ten islands. The hiking trails, campgrounds, beaches, the interpretive center, lakes, and day use areas are very popular. This park hosts over 2 million visitors annually. We made our way to one of the beachfront day use areas and ate our picnic lunch looking out over the Puget Sound. What a beautiful sight! 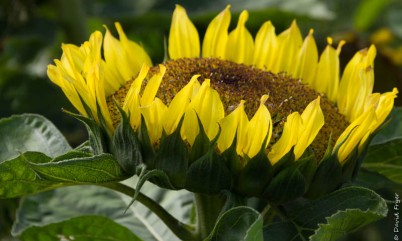 David and I joined our friends, Judie and Mark, on an excursion to La Conner, WA one afternoon. We met Mark and Judie while we were in Homer, AK and we found out that they were coming to camp at the campground where we were staying. It was exciting to see them again. They invited us to go with them to a restaurant in La Conner called La Conner Brewing Company that serves outstanding clam chowder. Judie and Mark said that the chowder here was the best and they were right. It was the best David and I have ever tasted. After lunch, the four of us walked around the small picturesque community on the Swinomish Channel. La Conner is a favorite with artists and photographers alike. There are several art museums, art galleries, gift shops, restaurants, and ice cream shops in the downtown area. Many thanks to Judie and Mark for their warm company and for a fun-filled afternoon. 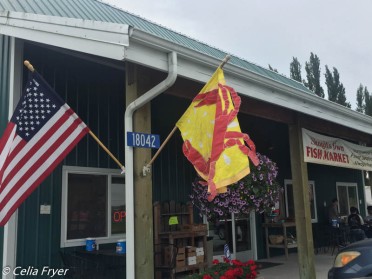 While in the Anacortes area, we discovered a local roadside market where you can purchase fresh seafood and also pick your own blueberries. We spent a few minutes in the blueberry fields and enjoyed delicious blueberries for a number of days.

Anacortes and the surrounding area has a lot to offer. Although we were there for almost a week, we did not come close to exhausting all there is to see and do. Hopefully we can return to Skagit County in the future.

One thought on “Anacortes, Washington”