After spending several days in Seward, we decided to drive over to the other side of the peninsula to Homer.  Kimberly and Ashley wanted to see another part of Alaska. When we first glimpsed the town of Homer and the Homer Spit from the Baycrest Hill Overlook, we were glad that we had come to this truly unique place.  From this vantage point, we could see Kachemak Bay, the Homer Spit, and four volcanoes (Mt. Augustine, Mt. Iliamna, Mt. Redoubt, and Mt. Douglas) that dot the Cook Inlet.  It was a very impressive sight.

Homer is called as “The Halibut Fishing Capital of Alaska.” Its most distinguishing feature is the Homer Spit that extends five miles into the Kachemak Bay. The Homer Spit is the second longest spit in the world.

The town of Homer the town was named for Homer Pennock, a gold mining company promoter, who in 1896 established the first settlement on the Homer Spit. He built housing for fifty men who came in search of gold.  As it turned out, there was little gold to find in this area. 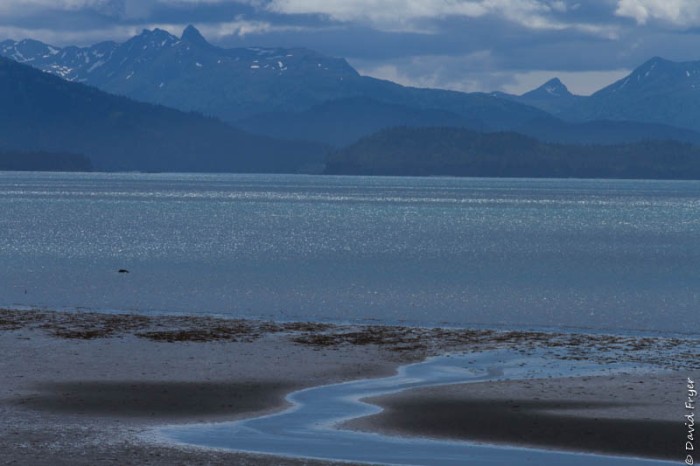 Most people who come to visit Homer spend much of their time on the Homer Spit.  It is a hub of activity all the time, especially during the fishing season. We found that there were many things to see and do while there. The Homer Spit has a very “touristy” feel overall. 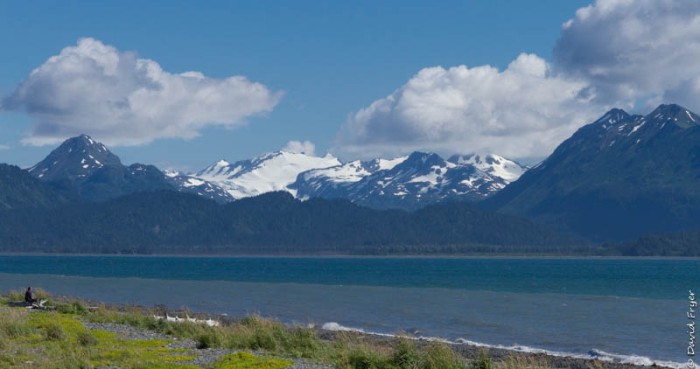 We spent some time walking around and along the Homer Spit.  There is a large marina and there are boats coming and going all the time. There are lot of people who fish from the shore but the majority go out into the Kachemak Bay to fish.  There are many charter boat fishing opportunities available too.

One of the interesting places to fish is the Homer Fishing Lagoon, or “The Fishing Hole.”  The Division of Sport Fish stocks this lagoon with chum salmon and coho salmon smolt. Every year the salmon return to this lagoon to spawn. As a result, this lagoon is an excellent place for young fishermen to learn how to fish. We saw lots of people bank fishing around all sides of this fishing area. Also, all along the Spit there were fish cleaning areas where the fishermen would gather to process their catch. It was interesting to watch them at work.

If fishing is not your preferred activity, there are lots of restaurants, ice cream and coffee shops, and souvenir shops to visit.  While we did not check out all of the stores and restaurants, we did go to some of them.  Here are the eateries that we tried and liked: Captain Pattie’s Seafood Restaurant (the halibut is very good), Glacier D (the grilled halibut and shrimp tacos are excellent), and Carmen’s Gelato (great ice cream and coffee).  Perhaps the most famous place on the Homer Spit is the Salty Dawg Saloon which is a bar and has a gift shop, too. 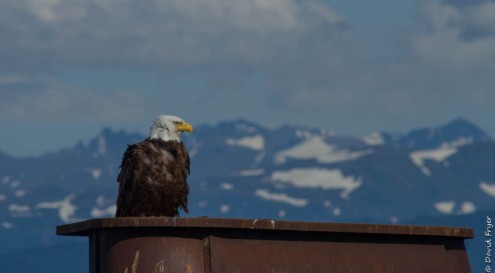 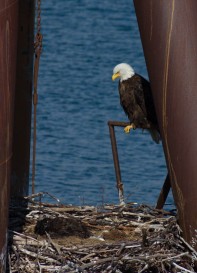 Other famous residents of the Homer Spit is a family of eagles. They built their nest in one of the old pilings near the Spit and you can look down into the nest.  All of the people who live in Homer kept asking us if we had seen the baby eagle yet.  They were very proud of this new eagle and people would stop by and check on it every day.  The mother and father eagles were also keeping a close eye on this newborn.  These were not the only eagles around, there were other eagles around Homer and the townspeople would tell you exactly where to go to spot them.  There is one nest right across from the McDonald’s restaurant in town. 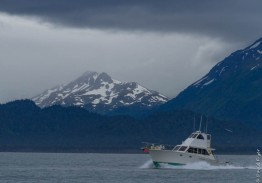 Although we did not choose to camp on the Homer Spit, there are a number of public and private campgrounds there. Some people feel that you must camp on the Spit to get the full experience of being in Homer. There were certainly lots of campers everywhere you looked camped on the Spit.  Most of the campgrounds were full especially on the weekends. 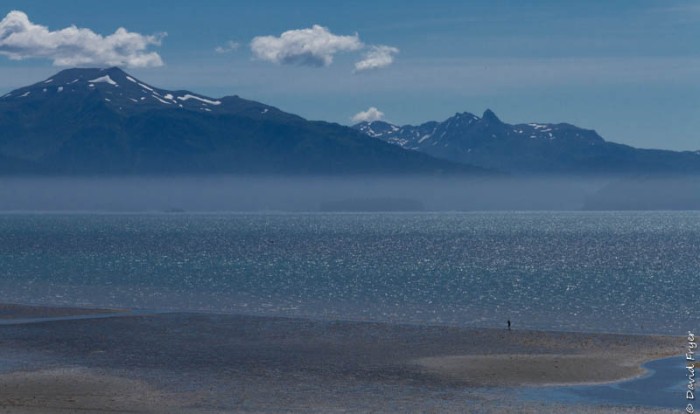 David and I were glad that Kimberly and Ashley stayed in Homer with us for a few days.  We really enjoyed exploring Homer (more on Homer in the next post) and the Homer Spit together. 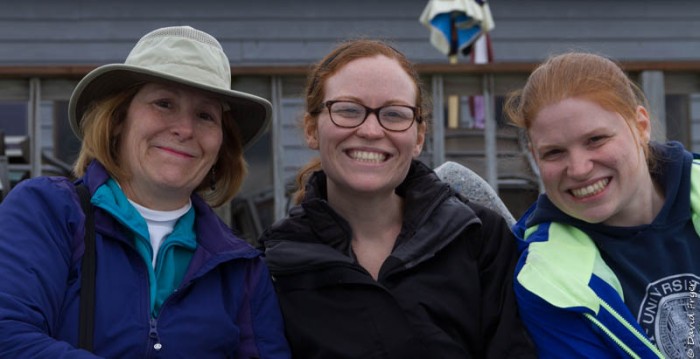