One of the great things about RVing and going to the balloon festivals like this one is that you get to meet some fellow RVers. When we arrived in Albuquerque and were getting set up, we met Glenn and Marsha. They were camped next to us. They are both from New Mexico and they know the area very well. Glenn is a native of Albuquerque and Marsha is from the northwestern part of the state. They were very kind to talk with us and share information about the area with us. They had also traveled extensively in the United States and Canada so we began asking them lots of questions. Not only did they provided us with a wealth of information about the state, they were great hosts, too.

During the week, Marsha and Glenn invited us to go with them to Sandia Peak and to Santa Fe. They had been to both places before, but they wanted us to see them. So, late one afternoon, we drove to the Sandia Mountains which are northeast of Albuquerque. On the way we passed through the Sandia Pueblo lands and National Forest land. The Sandia Mountains are over 10,000 feet high and, from the top of them, you can look out over both Albuquerque and Santa Fe. To get to the peak, you have to take the Sandia Peak Aerial Tram. It traverses 2.7 miles and is the longest tramway in North America. From the summit, you can see 11,000 square miles of New Mexico. Glenn and Marsha suggested that we have dinner at a restaurant at the base of the Sandia Peak Aerial Tram called Sandiago’s. After dinner we made our way to the Tram and up to the top of Sandia Peak where we watched the sun go down and saw the city lights of both Albuquerque and Santa Fe. The tram ride was amazing. We thoroughly enjoyed both the view and our time with our new friends.

Another day we went with Marsha and Glenn to Santa Fe, NM. There is a train called the Rail Runner Express that runs between Albuquerque to Santa Fe and they had ridden it several times before and liked it a lot, but this time we decided to drive to the city. 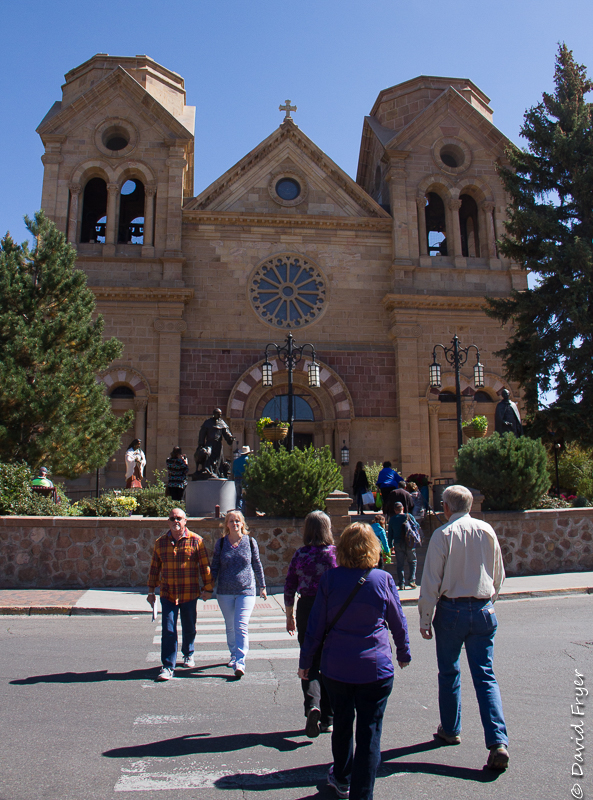 Santa Fe is the oldest city in the state and also the oldest state capital in the United States. It was founded in 1610 by the Spaniards. Santa Fe calls itself “the city different” and it is indeed different. All of the buildings in the city have the same architectural style, Ancient Pueblo Revival style. The establishments are one or two stories high and look like they were made out of adobe. There is a large plaza in the city’s center. The Indian tribes are allowed to sell their wares under the porticos on a side of the plaza. They had some lovely jewelry and other beautiful items for sale there. 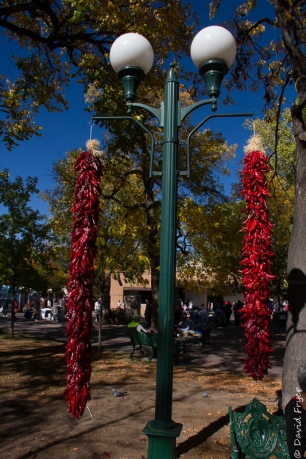 One of the places that David and I have always wanted to visit was the Georgia O’Keeffe Museum in Santa Fe. We spent several hours there watching the orientation videos and viewing the phenomenal artwork of both Georgia O’Keeffe and the photography of Alfred Stieglitz, her husband. 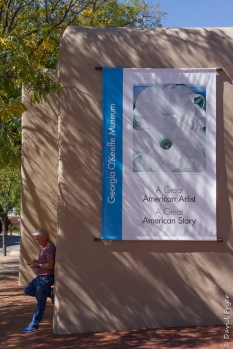 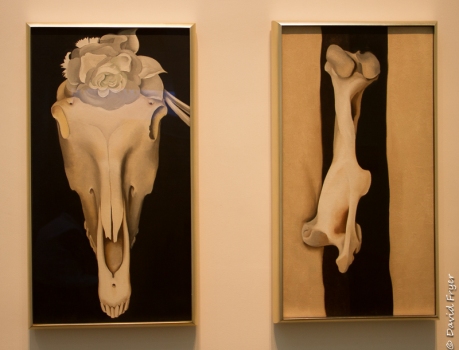 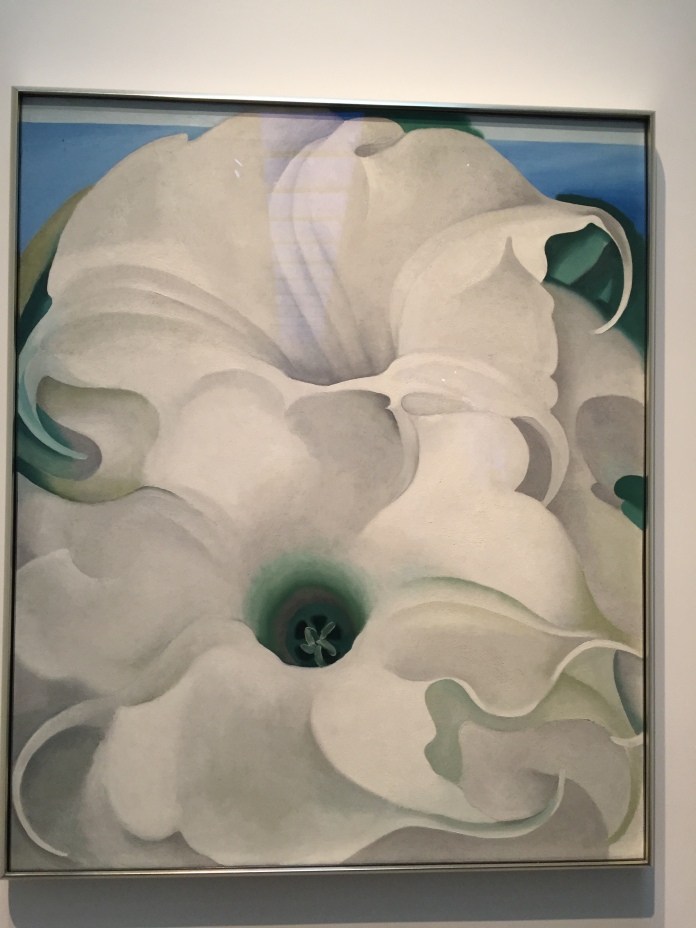 After a walking tour of the city’s center and a brief visit to the Loretto Chapel, we ate lunch at a wonderful Mexican restaurant called “El Callejón.” It was away from the main plaza and had only been open for one year. The food was excellent, the best we’ve had in New Mexico thus far.

We had wanted to visit some of the other museums in Santa Fe but they were closed for renovations so I guess we will have to come back another time.

Thanks to Glenn and Marsha for being such great ambassadors for New Mexico and such good friends to us. Hopefully we can meet up with them again this winter in Arizona.