Continuing the theme of things that fly, Celia and I visited one of the most popular attractions in Tucson, AZ. The Pima Air and Space Museum has an incredible collection of over 300 aircraft over 80 acres of land and is the third largest in the country.  The museum, which was ten years in the making and opened in 1976, receives no money from the government and relies on other sources for funding.

The museum has over 300 docents and the two that we interacted with were both military pilots and had excellent knowledge of the subjects they were presenting. We took one tour of the indoor hangers (highly recommend) and one bus tour of the grounds themselves (additional fee).

Some of the more notable planes in the collections are:

The B-36 Peacemaker is an impressive aircraft with a wingspan of 230 feet. 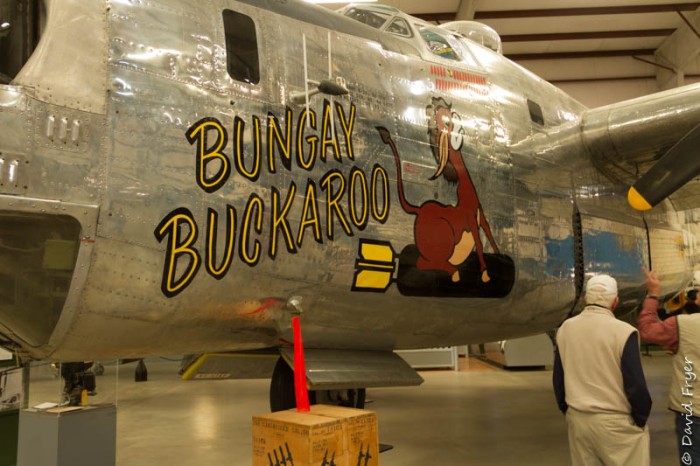 The B-24 Liberator is from the Indian Air Force which used these aircraft until 1968 and has Indian Air Force markings. The “Bunky Buckaroo” has been added to the plane decoration. This plane is the most produced bomber in history with approximately 19,000 built.

The B-29 Superfortress. The song Sentimental Journey was popular during this time, due to Doris Day’s first number one hit in 1945. This plane was featured in the 1980 movie Enola Gay starring Billy Crystal.

The Boeing C-137 Stratoliner that brought the Iran hostages that had been detained for 444 days and were released on President Ronald Reagan’s inauguration in 1981. The plane has been restored at the Pima Museum.

The Bumble Bee built exclusively to garner the title of world’s smallest airplane. This plane has a wingspan of six and one half feet. 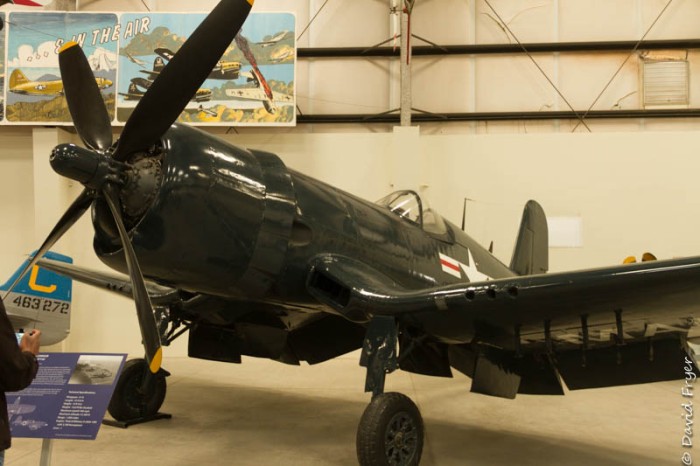 The museum also had a Corsair which I was excited to see since I had just finished a book about a British pilot who flew these on a Royal Navy carrier. 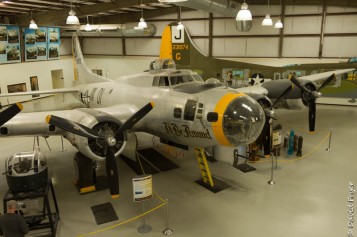 A separate hanger has a B-17 Flying Fortress and a collection of information plus remembrances of 390th Bombardment Group of the Eighth Air Force who lost over 700 men.

While light on the “space” part of the museum (it does have a full-size mock up of the Apollo capsule) and focused heavily on the military aircraft, I believe one would enjoy visiting this expansive museum of airplane history. There are over 100,000 square feet of enclosed hanger space, which I am sure is great in the summer months. As with most museums be sure to participate in one of the docent tours. You will be enlightened by what they have to impart. Hearing the loud roar and seeing what appeared to be A-10 Thunderbolts taking off from the adjacent air force base added another dimension to just walking around the grounds.

If you go, be sure to arrive before lunch to be able to purchase the tram tour of the grounds for that day.  This tour is in addition to the entrance fee. The separate “boneyard” tour in the adjacent air force base (Davis-Monthan) requires a 10 business day advance signup for security purposes. It is also an additional fee. The form to fill out is available on the museum website.

2 thoughts on “To infinity, and beyond!”