Where in the world is Bentonville and why do you want to go there? Bentonville is in the northwestern corner of the Arkansas and it has been on our list of places to visit since our cousins told us about a wonderful American Art museum there called Crystal Bridges.

Crystal Bridges Museum of American Art was founded by Alice Walton, daughter of Sam Walton of Walmart fame. It opened in 2011 and the museum complex includes not just galleries but also a sculpture garden, classroom spaces, large outdoor area for concerts and events, a restaurant, and many trails and biking paths. Surprisingly, admission to the public is free.

Alice Walton amassed a $500 million collection of art that spans from colonial to contemporary American art. Obviously, she has a passion for art which she started collecting at the age of 10 years old. Since then she has acquired the artwork of such renowned artists as Winslow Homer, Edward Hopper, Charles Willson Peale, Norman Rockwell, Thomas Moran, John Singer Sargent, Mary Cassatt, Robert Henri, Georgia O’Keeffe and many more. Also displayed are the works of contemporary artists like Jasper Johns, Jackson Pollock, Mark Rothko, Jamie Wyeth, Andy Warhol, and others. Throughout the Museum and in the sculpture garden, there are numerous works by famous artists. It was such a joy to see such the vast array of outstanding American art.

In 2014, the Museum acquired the Bachman-Wilson House that was designed by Frank Lloyd Wright. The house was dismantled and moved from New Jersey to Arkansas. You can tour the house but you must secure a timed reservation at guest services to visit the house.

After seeing the galleries, we had lunch at the on site restaurant called “Eleven.” The food was good and the restaurant is one of the best in Bentonville. We also went to their gift shop where there was a local potter throwing pots. It was fun to watch him create vessels out of clay. Throwing pots is something that I have never been able to master yet he made it look so easy.

The Crystal Bridges Museum has an outstanding collection of American Art and it was certainly worth making the extra effort to go and see it.

Before going to the Crystal Bridges Museum, we drove into the town of Bentonville. It is a pretty town with a lovely town square. On one side is the Five and Dime Store that Sam Walton opened. This store was a precursor of what would become Walmart. Today this is the site of the Walmart Museum and the Spark Café Soda Fountain. The Museum’s displays relay the story of how Sam Walton built his world famous company.

Today Bentonville is the world headquarters of Walmart. We learned that Walmart requires all of its suppliers to have a presence in the town. As a result, there are upscale stores, manicured green areas, and well-maintained roads.

While in downtown Bentonville, we also discovered Olly Makes Bakery. It is a gluten-free, organic bakery that has recently opened on Main Street. It is run by a delightful couple and we had a nice conversation with them. Their goodies are amazing; it is definitely worth stopping by there.

We parked the Bighorn in Fayetteville, Arkansas since the place we wanted to stay near Bentonville was full. We find this to be the case frequently since so many folks are living and traveling in RVs now. We took advantage of the area by visiting the local botanical garden.

The Botanical Garden of the Ozarks is the only one of its kind in Northwest Arkansas and was perfect for a good weather-day visit. The garden is small but, especially this time of year, it was beautiful.

They have a butterfly enclosure, which is always fun. 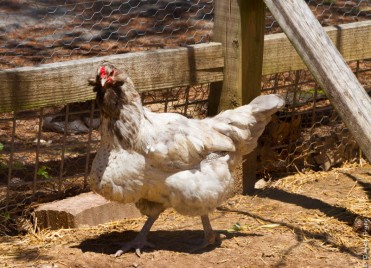 The gardens have various sculptures interspersed throughout the grounds.  In addition, there is a vegetable patch and even a chicken coop.

The rest of the time while in northwest Arkansas was spent glued to our cell phones and television watching the weather reports and radar. When you are full timing, you are very aware of weather. For multiple days, there were outbreaks of severe weather which included widespread flooding and tornadoes. One night a tornado went just north of where we were camped and another day one went south of us. Thankfully we were fine but it was nerve-wrecking. As a consequence of all of the storms west of us, we extended our stay a few extra days so that we could avoid some of the worst of it. Other than the storms, we really did like this part of Arkansas and we were happy that we chose to visit Bentonville.

11 thoughts on “The Best Museum You Have Never Heard Of In Bentonville, Arkansas”