Over a million men in the early 1940’s, most leaving home for the first time, were shipped to California. Everything they had heard about “The Golden State” was not remotely going to be part of their experience. 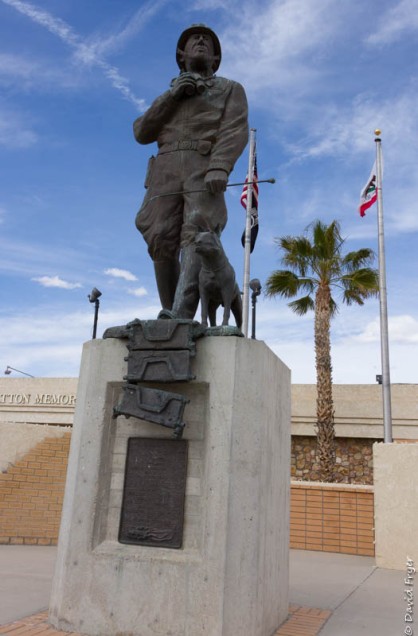 Major General George S. Patton, Jr., a native of California, saw the southern California desert as the perfect place to train soldiers for a campaign to take on the Nazis in Northern Africa during World War II. It was harsh, dry, mountainous, and full of sand. Perhaps, most importantly, large areas of Southern California were sparsely populated.

Thousands of soldiers having completed basic training were sent to this desert for additional preparation to take on the German Afrika Korps. The men’s visions of California were quickly dashed when confronted by the difficult environment of the Mojave Desert and by the strict discipline of General Patton. 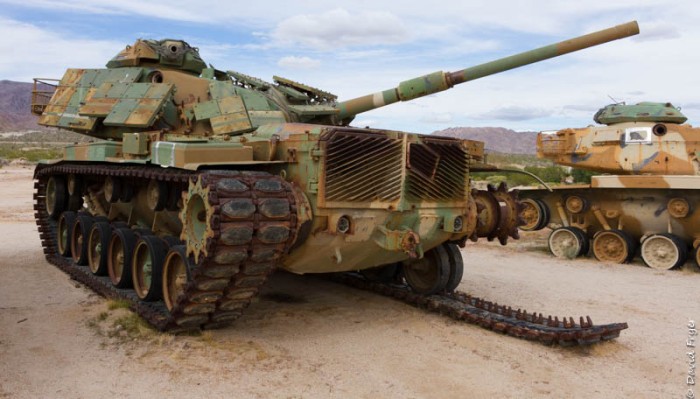 Patton was under orders to find the perfect spot for the Desert Training Center (DTC) and, in 1942, the training area was established. In a region that stretched from Palm Springs to Yuma, AZ to almost 50 miles from Phoenix, AZ, it was the largest training center in the world. There were 11 camps that were separate installations and basically tent camps to mimic conditions the men would face while in combat. There were no mess halls or barracks, so the soldiers ate, slept, and trained outside. They were given only one canteen of water per day. 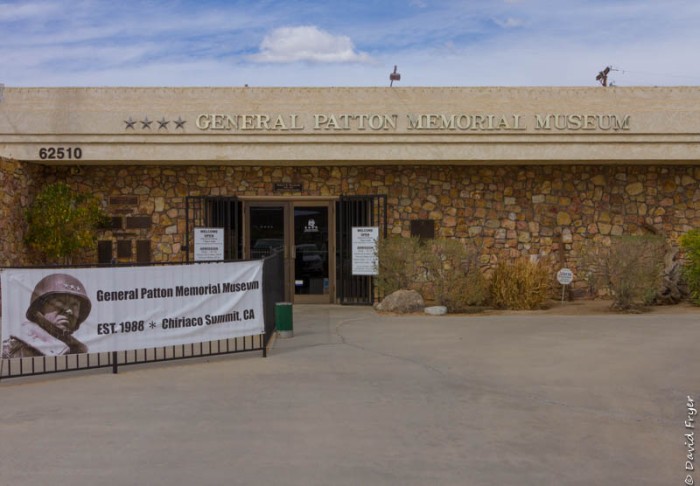 As the U.S. military’s objectives expanded, only about 120,000 of these soldiers actually went to North Africa, while thousands went on to battle theaters across the globe. General Patton was called back to Washington, DC after only a few months in the desert to plan the North Africa operation. After two years, the Desert Training Center was closed in July of 1944; its mission complete. 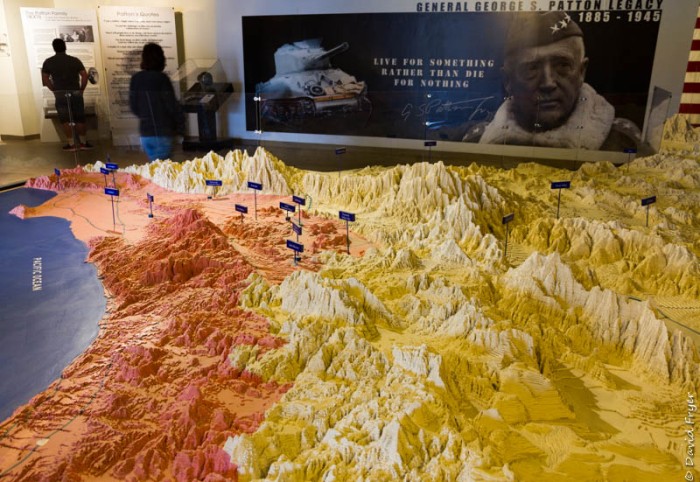 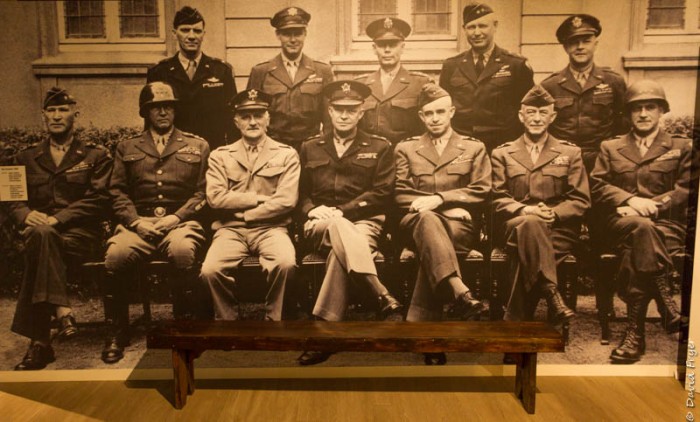 At the interstate exit, you will find the General George S. Patton Memorial Museum which was started on land donated by Joe and Ruth Chiriaco. The Chiriacos established the gas station and general store in 1933. This wayside off of Interstate 10 between Indio and Blythe, California is a busy spot for travelers and is still run by their children.

The Chiriacos also created a memorial to General Patton, which was the start of the museum. Patton died in a car accident in Heidelberg, Germany in December of 1945. He was not brought back to the U.S. but was buried in Luxembourg American Cemetery per his request to “be buried with his men.” 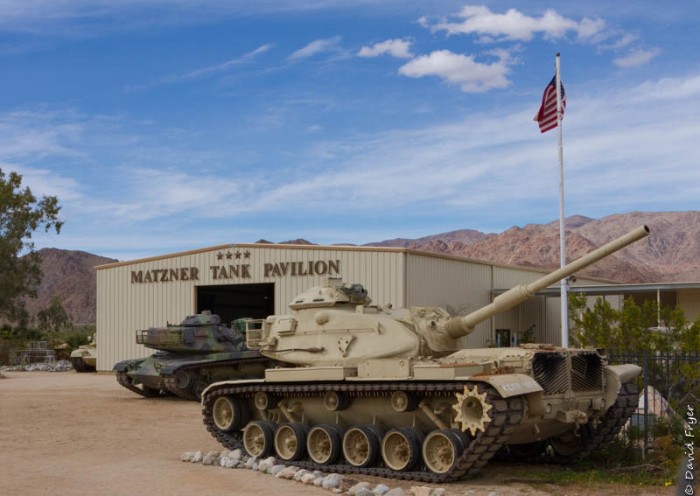 The Museum itself dedicates much of its space to General Patton himself but also is an eclectic collection of other war-time memorabilia and even information concerning the state water authority. Because of Patton’s expertise in tank warfare, there is a large collection of tanks on the property. 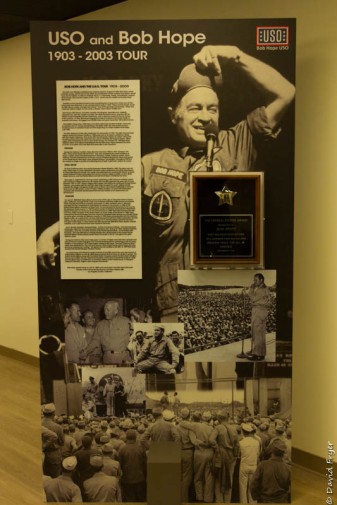 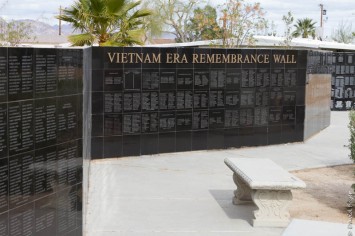 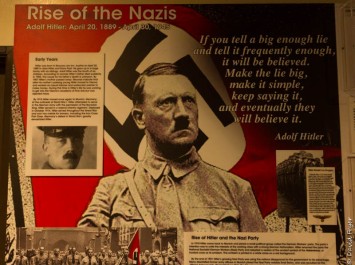 If you go, the admission is $10 for adults and $9 for seniors. It is open everyday from 9:30 AM to 4:30 PM. There are three main areas of the museum, the well done Chandi West Wing, the Matzner Tank Pavilion, and an older building that has a hodgepodge of artifacts. There is also a film about the Desert Training Center. The museum is located about 50 miles east of Palm Springs, CA. There is a free Bureau of Land Management campground behind the museum as well. You can stay at this dry camping spot for up to seven days. 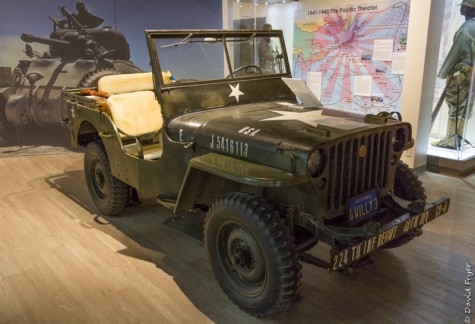 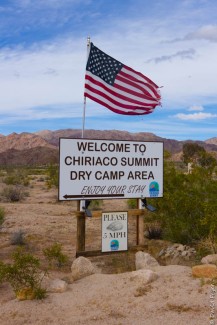 I was excited that they had a Willys Jeep like the one I owned as a teenager there.

4 thoughts on “This is California?”