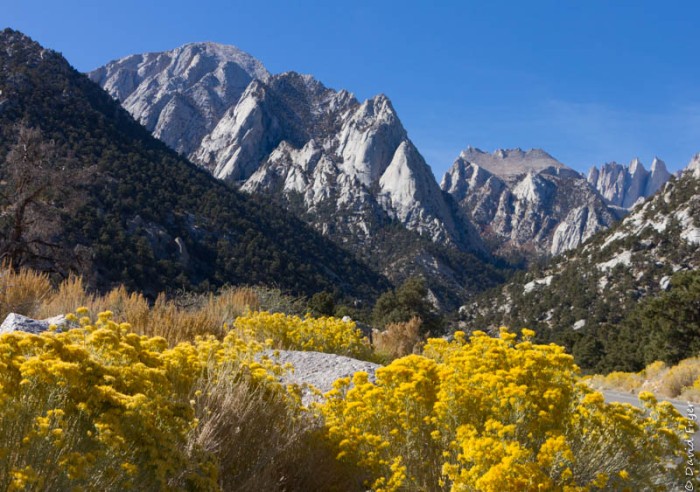 Celia and I had no idea of what to expect when we left Bishop and made our way down to Lone Pine, CA on Highway 395. Many bloggers had written about the area and we knew that we wanted to stop for a while but were not sure what to expect. It turned out to be one of my favorite stops. 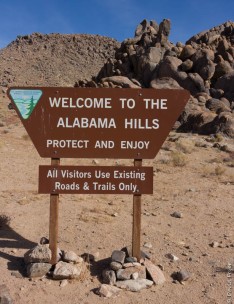 The area is most famous for what is called Alabama Hills. Over 400 films were produced here of which the majority were old westerns. Other notable films include Gunga Din, Ironman, Tremors, and most recently Quentin Tarantino’s Django Unchained.

We stayed in a no hookup campground with awe-inspiring views of the Eastern Sierras in one direction and the White Mountains in the other. The vista even included the tallest mountain in the continental U.S., Mount Whitney, at 14,505 feet. Tuttle Creek Campground is adjacent to the Alabama Hills area which has plenty of boondocking spots and is very popular with the RV and rock climbing crowd. 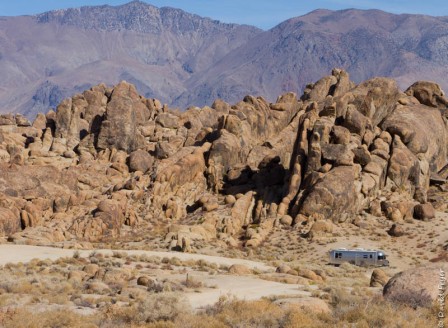 The Alabama Hills is 30,000 acres of Bureau of Land Management property that was named after the Confederate warship, the C.S.S Alabama. Prospectors who were sympathetic to the Confederate cause named their claims after the ship and the name stuck for the region.

In this unusual geologic landscape there is rock climbing, hiking, and, of course, movie making. One of the popular short hikes in the Alabama Hills is to the Mobius Arch. The trailhead is on Movie Road, a dirt tract that traverses the Alabama Hills, near movie filming locations and rock climbing areas. The BLM has a map that shows locations for such films as How the West Was Won, Tremors, Seven Men from Now, Lone Ranger, and Yellow Sky. 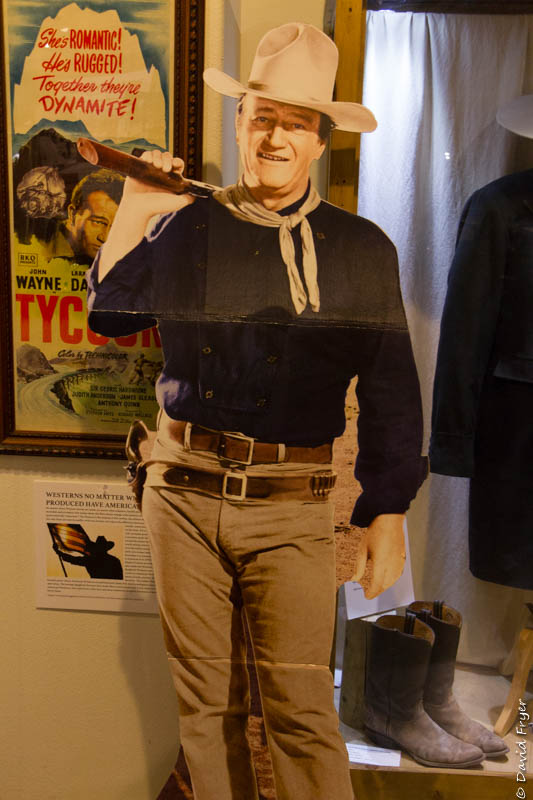 You will appreciate the area more if you first visit the Museum of Western Film History in Lone Pine first. This has an excellent collection of all types of movie equipment, posters, visuals, and memories from a time when the country was enthralled with westerns as opposed to police and reality shows today. 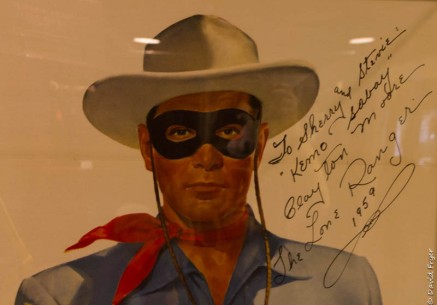 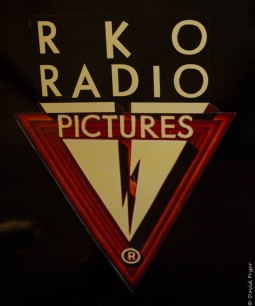 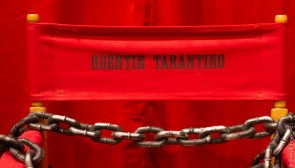 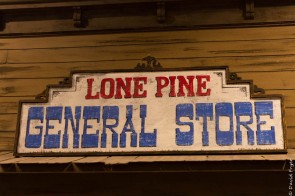 The museum floods you with memories of Randolph Scott, Clayton Moore (Lone Ranger), John Wayne, Roy Rogers, Audie Murphy, Hopalong Cassidy, and many, many more. The numerous movie posters are a main focus of the exhibits and one of the best parts.

There is also a popular film festival every October in Lone Pine. It is a four day event with activities almost every hour during that time. There are actors, speakers, screenings, and bus tours of Alabama Hills movie locations. The festival in its 30th year and it even has a parade!

If you go, the first-come, first served Tuttle Creek Campground has “winter” rates (starts around November 1st). They do shut off the water fill at that time, so we came with water in our tank. The price is reduced to $5 (from $8) a night with seniors receiving half price. The campground has excellent cell service as opposed to the nearby Alabama Hills boondocking which does not.

We were so glad that we spent a few days there. During the “winter months” it is not that busy and we felt we had the place to ourselves.