We had been in the Astoria area for three days but had not really visited the city itself. Celia and I headed into town and went to one of the main attractions, the Columbia River Maritime Museum. We felt really lucky that it was open and available to visit although there were some Covid-19 restrictions. 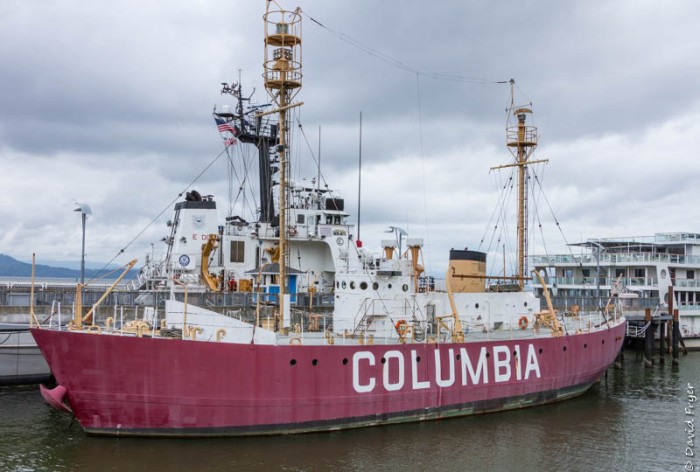 One of the things that is not open, but is part of the museum, is the Columbia River Lightship. This vessel is a National Historic Landmark. It was used to guide ships over the very dangerous Columbia River Bar located where the mouth of the Columbia River and the Pacific Ocean meet. The ship had a crew of 18 and sometimes spent weeks at sea. During this time assisting other ships into the harbor, they would not be able to receive additional supplies due to the fierce weather that is very common in this area especially during winter months. The Columbia River Lightship was the final one on the West Coast to be decommissioned in 1979. Currently it is docked next to the museum and we hope to tour it on a future visit. 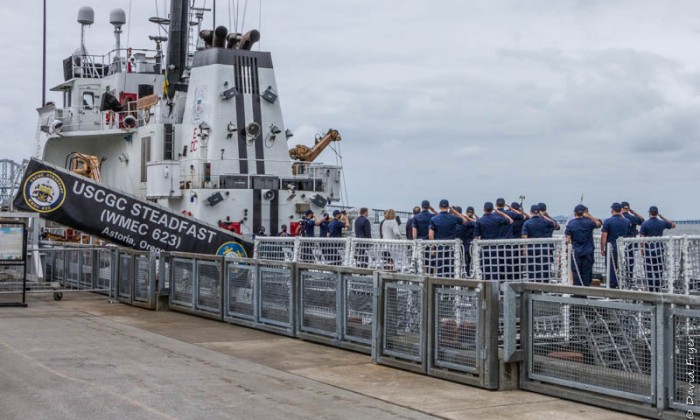 The Coast Guard ship Steadfast was also at the dock and was in the midst of some type of presentation complete with speakers and an attentive crew. 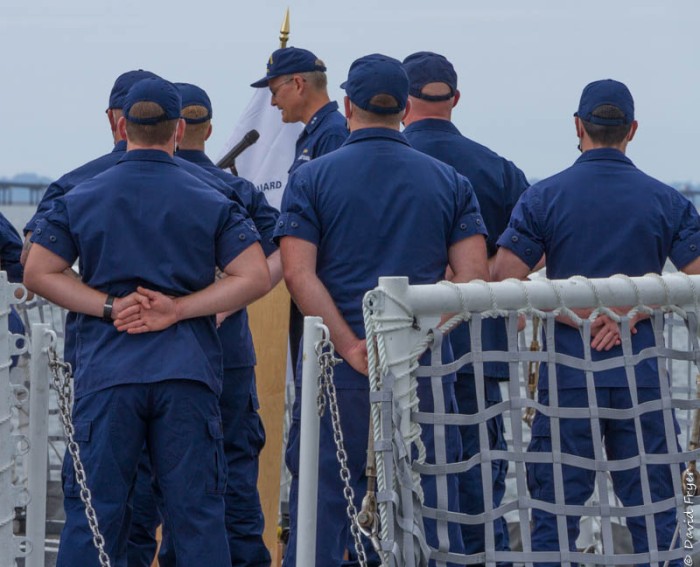 This ship is stationed in Astoria. 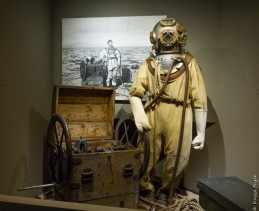 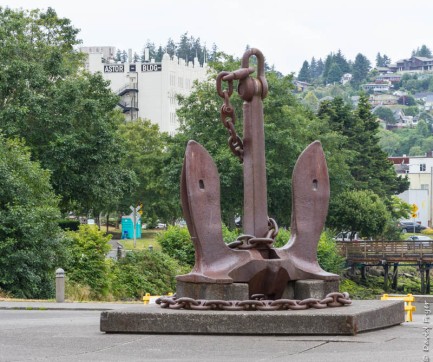 Inside the museum there is a large collection of very interesting artifacts and information. The work of the U. S. Coast Guard is featured prominently throughout the museum. Over 2000 ships sank on the Columbia River Bar, which is also known as the “Graveyard of the Pacific.” Because of the treacherous nature of this particular waterway, the Coast Guard is a vital and respected part of this maritime community. 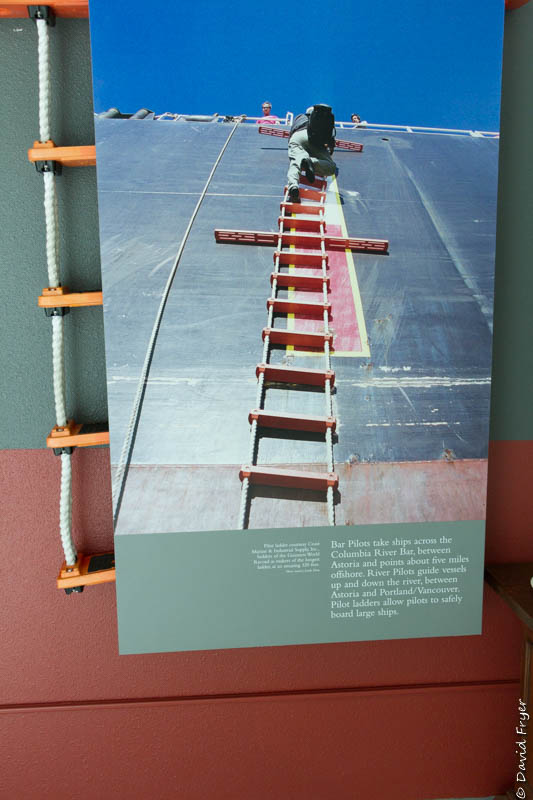 We both thought that the information about the Columbia River Sandbar boat pilots was the most interesting. Watching a video depicting how the pilots climb into these large cargo and tanker ships with ladders from their small boats was fascinating. The record for the length of one of these ladders is 320 feet! 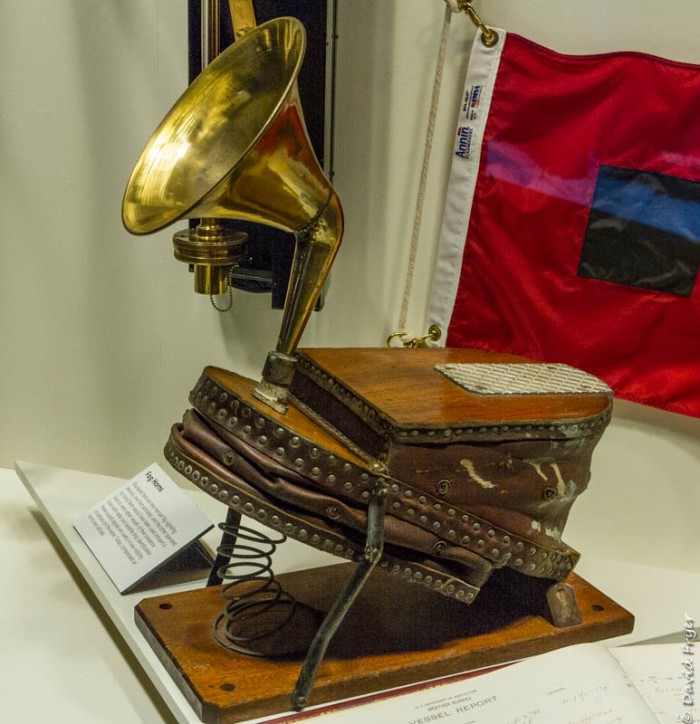 There were several manual foghorns on display. 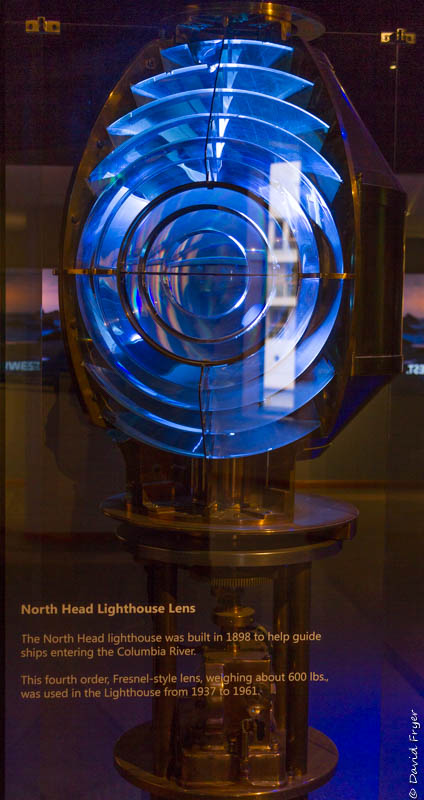 Displayed also is a Fresnel-style lens from the North Head Lighthouse that we visited the day before. 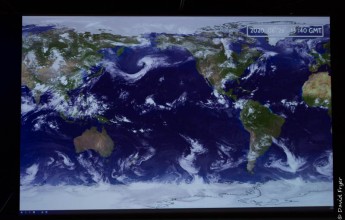 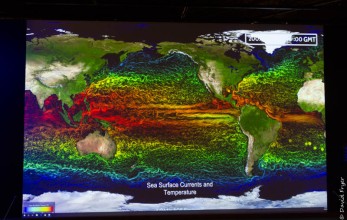 A colorful floor to ceiling display of real-time weather information was fascinating as well.

Across the street from the Maritime Museum is another popular Astoria tradition, a food truck/boat called the Bowpicker Fish and Chips. They only serve beer battered fried albacore tuna and french fries. No matter what time of day, if they are open, there is a long line. It was worth the wait. 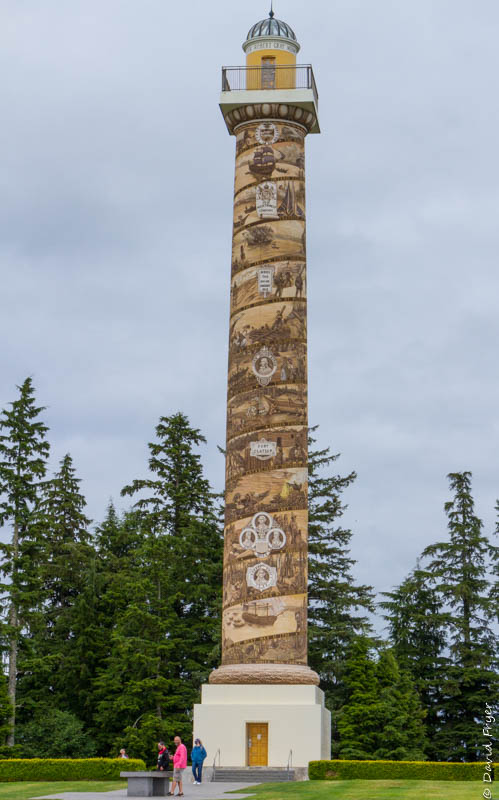 Next we made our way up Coxcomb Hill to visit the Astoria Column which is a central landmark of the city. The panoramic vistas from this high point are wonderful and there is an excellent view of the Astoria-Megler Bridge to the northwest. 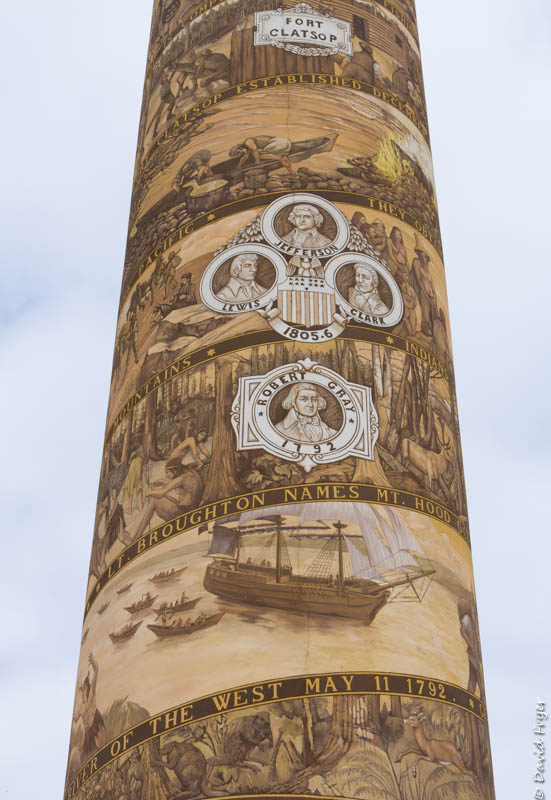 Dedicated in 1926, the Astoria Column is a circular history lesson. The 125 feet high tower commemorates the history of the region from the time of Captain Robert Gray’s ship Colombia arriving in 1792 to the arrival of the railroads in the 1880s. 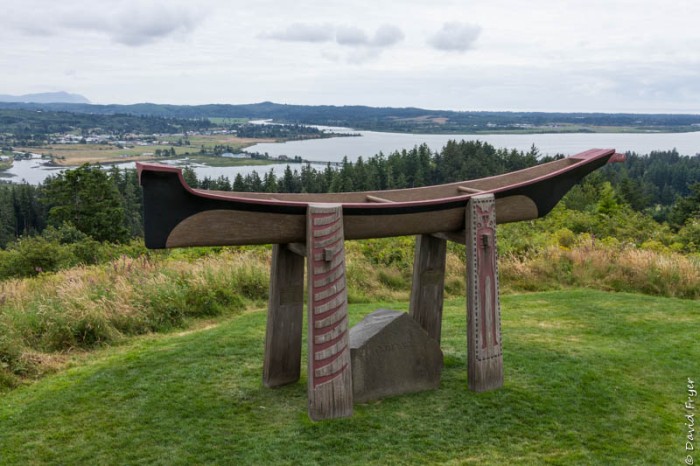 Of course the history of this area did not begin in 1792 as the Chinooks and Clatsops had been in the region for thousands of years. To commemorate this on Coxcomb Hill, there is a replica of the burial canoe of the Chinookan Chief Comcomly. The burial canoes are always placed facing the Pacific Ocean because it was the source of salmon which sustained life for the tribes. 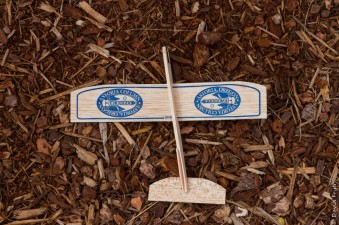 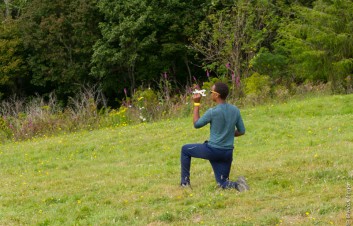 When it is open to the public, one of the popular traditions at the Astoria Column is to fly a balsa wood airplane from the top of the tower. The day we were there, the kids had to settle for launching their planes off the bank of the hill as the tower itself is closed. 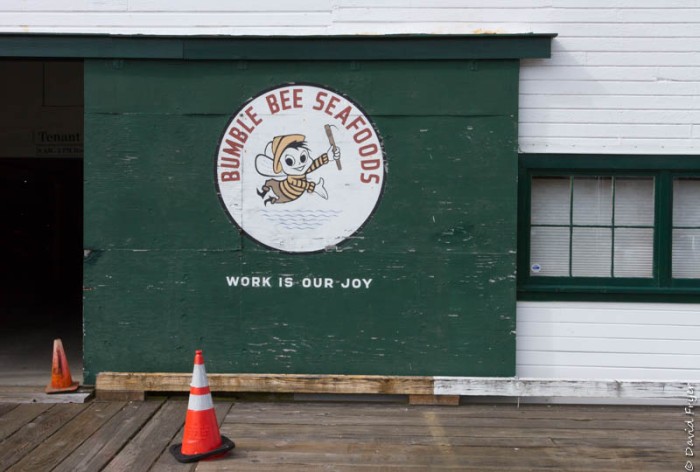 Back in town we were looking for a coffee shop at Pier 39 when we stumbled on a cannery museum. The coffee shop was closed but we were able to poke around the old museum. 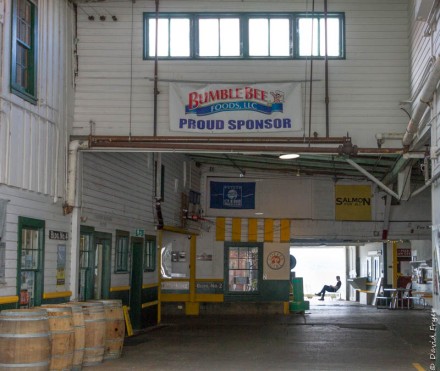 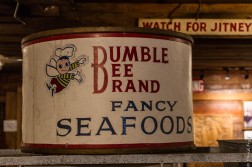 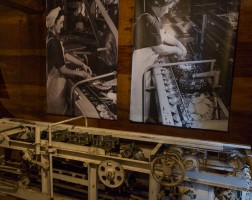 Another full day on the Oregon Coast with some fun experiences. We are leaving the coast headed toward Portland, the City of Roses, where we will stay for a while. Our last minute “Lets go to the Oregon coast” decision was a perfect one for “piddlinaround.”

6 thoughts on “The First City of the West – Astoria, Oregon”