We were able to get an appointment to have the battery replaced in Celia’s iPhone but the only location that had the part that we needed was in North Scottsdale.  After confirming that they actually had the battery we set off on our journey to have this done.  (The Apple Store in North Scottsdale is an hour and a half drive from where we are currently camped.) When we arrived at our appointment we were quickly told that they had no batteries. After speaking with the manager who helpfully said, “Get behind the 600 other people who want a battery,” we left.

Having come this far we decided to see what would be fun to do in Scottsdale.  We did what anyone else would do and “googled it”. The “Western Spirit: Museum of the West” stated on its website that it was the “Nation’s Best Western Museum”. How could we not go?

The museum is located in Old Town Scottsdale and is a beautiful modern building. This museum, which is owned by the city, focuses on the “people, places and events in the 19 states of the American West, and the Bordering Canadian provinces and Mexican states.”

We made our way to the Museum’s entrance, stopping to take some pictures along the way. The cashier at the entrance mistakenly gave us the senior discount (do we really look that old?) and we were on our way.

One surprising large exhibit was of movie posters from western films, think John Wayne and John Ford.  A docent was leading a group discussing what makes a great movie poster. It made me want to go and see a western.

The museum has an impressive number of bronze sculptures, including an exhibit of the works of Joe Beeler. He had profound influence on western art as evidenced by the 80 works on display. 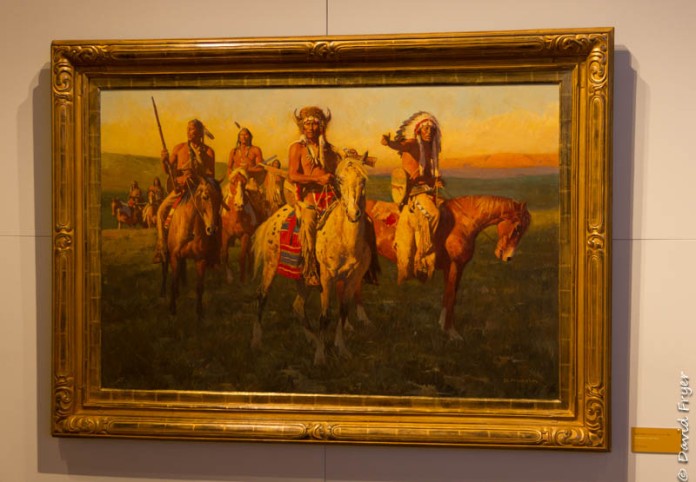 There is an exhibit of Hopi Pottery Masterworks

and an outdoor “sculpture courtyard” with more bronze works.

There is even a collection of saddles, spurs, badges, etc. that are the iconic symbols that we associate with the West. 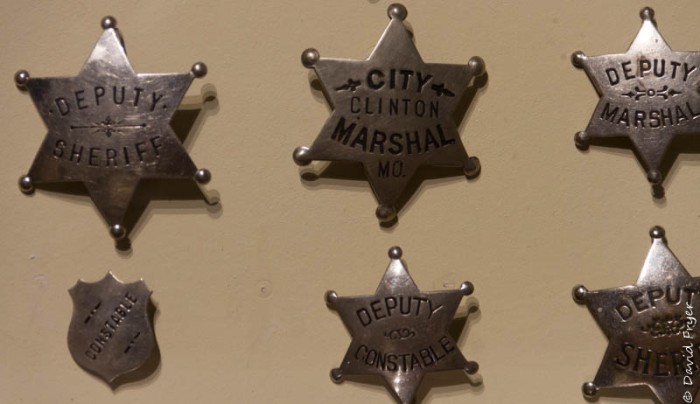 I was excited to see the exhibit of Thomas Moran’s works.  He is famous for his paintings of Yellowstone and the Tetons. In fact, one of the Tetons is named after him. He is credited with having helped convince the nation that Yellowstone should be preserved and it was established as the first national park in 1872. Earlier that year, his seven by twelve foot canvas, the Grand Canyon of Yellowstone, had been displayed in New York and the Smithsonian.

The museum has a large collection of outstanding paintings.  There are many portraits and landscapes depicting the “Spirit of the West.”

In addition to the permanent collection, there were also some contemporary Western artists’ works on display.  We enjoyed a series of paintings by Stephen Morath because we found them to be very humorous.  This one, entitled “Big Pink,” was our favorite. 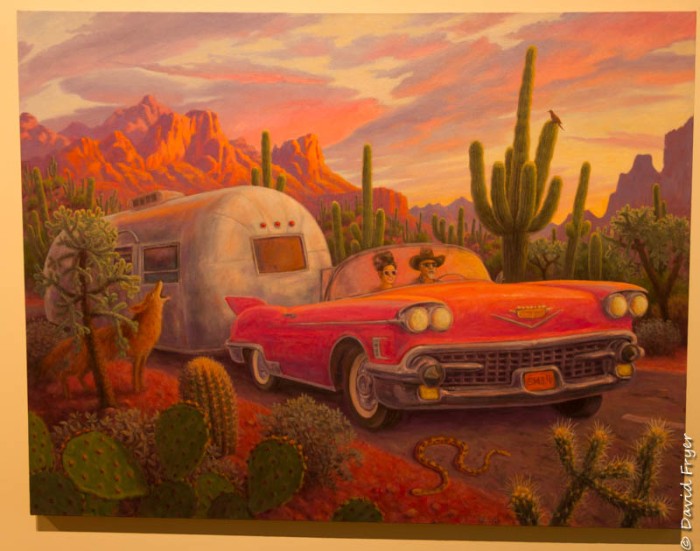 Even though we were not able to get the iPhone fixed as planned, we found an excellent Western museum which we thoroughly enjoyed.