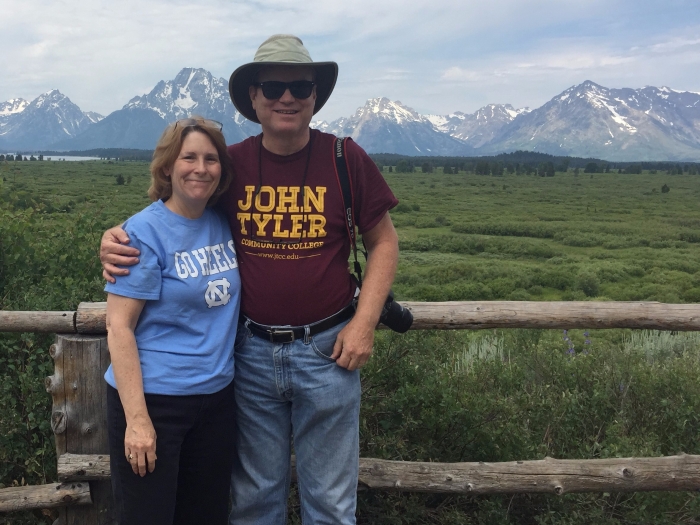 The Grand Tetons, originally named by French fur trappers, lie to the west of Jackson, WY.  They were called in French “Les Trois Tetons” which translated means “the three breasts.”  The highest of the Tetons, the Grand Teton, stands at 13,770 feet above sea level and is in the southern part of the mountain range.  In photographs, Mount Moran, the flat-topped one, appears to be the tallest but that is due to the fact that it is closer than the Grand Teton.

Mount Moran was named for a famous artist, Thomas Moran, who accompanied the Hayden expedition to Yellowstone in 1871.  His sketches and watercolors helped make this area known and encouraged Congress to establish the world’s first national park.

Yesterday and today we have spent some time exploring the Grand Teton area and indulging in some of our favorite hobbies.  I have done some painting and David has enjoyed taking photographs. 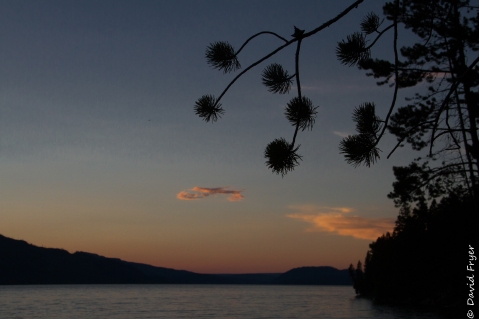 In the early evening, we took a walk down to Jackson Lake and saw an amazing sunset. 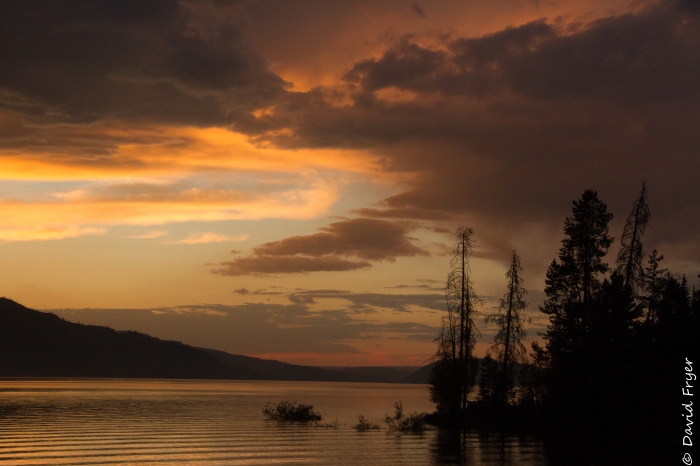 This morning we got up early and went to Oxbow Bend.  Oxbow Bend lies along the Snake River. We were treated to some glorious vistas of Mount Moran and other Tetons and could see their reflections in the Snake River. Swans and Canadian geese also graced Oxbow Bend. There are also at this time of year many wildflowers in bloom and they add a special splash of color of their own to these picturesque scenes. 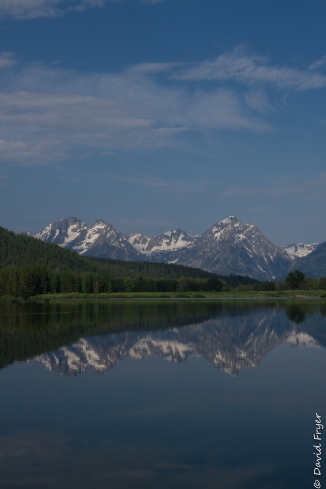 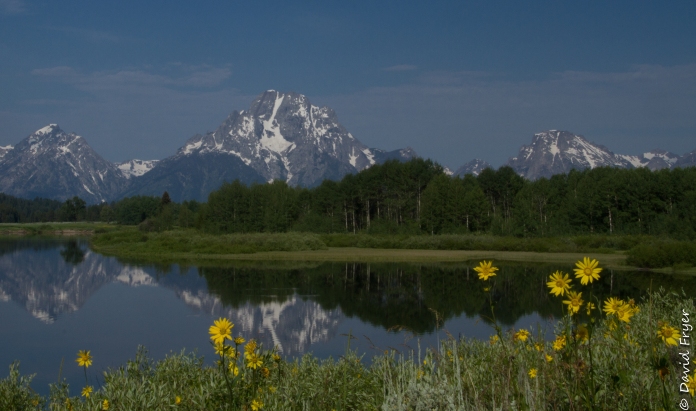 After our morning photo shoot, we went to Jackson Lake Lodge for some coffee and breakfast.  This iconic Lodge is a historic landmark and has hosted many international summits.  In the main part of the Lodge, there are three large windows that frame the Tetons. There are many people from all over the world who come here to bask in the wonder of these mountains. We have really enjoyed meeting people from literally all over the world, with most giving us advice on where to eat, where they saw an animal, or even what show in Jackson we must see.

While enjoying the view and the coffee, we met a couple that sadly exclaimed that, “There just isn’t that much to do here”.  It did not take long for me to fill them in on a whole list of items they could do in one of our favorite places.

From the patio behind the Lodge, one can look out over Willow Flats.  Willow Flats is a lush, moist bottom land located between the Lodge and Jackson Lake.  The area is called Willow Flats because of the clumps of willows that cover the flat.  This area is home to many animals, such as beaver, cranes, moose, and many waterfowl.

While we were at the Lodge, a man asked us “Have you seen the grizzly bear?”  We said, “No.”  Evidently there is a grizzly bear and two cubs who are living in Willow Flats and they were spotted last evening near the Lodge.  Hopefully we will spot them too while we are here. Stay tuned!