The Olympic Peninsula is home to Olympic National Park but also has a number of other interesting things to see and do.  We spent an afternoon in the town of Port Townsend.  Port Townsend is a city that has a vibrant downtown area.  There are lots of specialty shops, restaurants, art galleries and art co-ops, coffee shops and a marina.

Along with the old buildings that line the port and date back to 1886, they have developed some beautiful public spaces along the waterfront.  From the waterfront, one can watch sailboats, ferries, and other watercraft come and go. Since the town is located on one of the northern tips of the peninsula, it is a departure point for one of the ferries that services the peninsula and many of the small islands scattered across the Puget Sound.  The Port Townsend ferry goes to Whidbey Island several times a day.  We enjoyed our peaceful afternoon watching the boats and exploring this quaint little town. 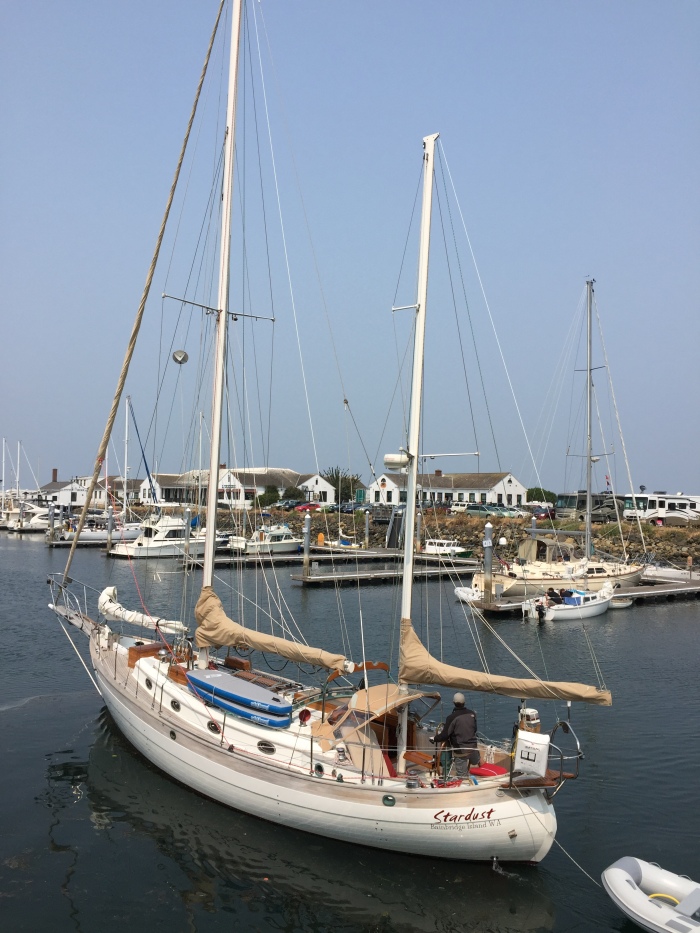 Another thing that is unique about the Sequim area is that there are a lot of lavender farms concentrated there.  The climate is ideal for the cultivation of these flowers, ironically because of the sparse rainfall. The Sequim countryside is part of the Olympic mountain range “rain shadow”.  While areas to the west can receive up to 200 inches of rain, Sequim usually receives less than 20 inches.  The farmers do not have to water the lavender for it to grow. There are only a few places in the world where lavender flourishes.

Every year they have lavender festivals in July and many of the farms are open to the public. Often more than 5000 people will visit them in a weekend.  We visited the B & B Family Lavender Farm on Wednesday.  Fortunately, there were not very many people there then and we were able to talk with the owners for a while.  In fact, they gave us a tour of their farm and explained the process of growing, cutting, drying, and preparing the lavender to be shipped.  In addition to drying the flowers, they also extract the essential oils from them. They have a small store on the property where they sell a variety of lavender products like soaps, essential oils, lotions, etc.  They also supply lavender to culinary wholesalers and also to big stores like Crate and Barrel.

As we talked to them, we learned that the parents had purchased the ten acre farm about four years ago. They wanted to do something to bring the family together geographically and vocationally. The extended family decided to start growing multiple varieties of both English and French lavender.  When they began, they knew little about farming.  In fact, they lived in San Diego prior to moving to Washington and the wife was a Professor of Interior Design and the husband had a corporate job. They said that running the lavender farm is less work and less stressful than their previous jobs and they like it because they have more family time.  It was a lovely farm and we had a lovely visit there. 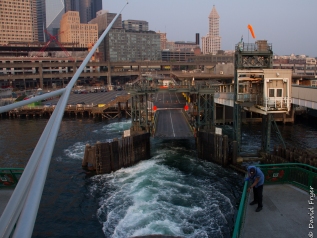 Ferries are one of the main means of transportation in the greater Seattle area.  Several people recommended that we take a ferry ride to see Seattle from the water.  Kimberly returned to the East Coast this week and she was flying out of Seattle.  Since we needed to get her back across the Puget Sound, we decided that this was the perfect time to take a ferry.  We drove to Bainbridge Island and took the ferry to downtown Seattle. This particular ferry can hold 2500 passengers in addition to vehicles and it leaves about every 40 minutes throughout the day. We took a late afternoon ferry and got to see the sunset over the bay.  Aside from having to say goodbye to Kimberly, it was a wonderful experience.