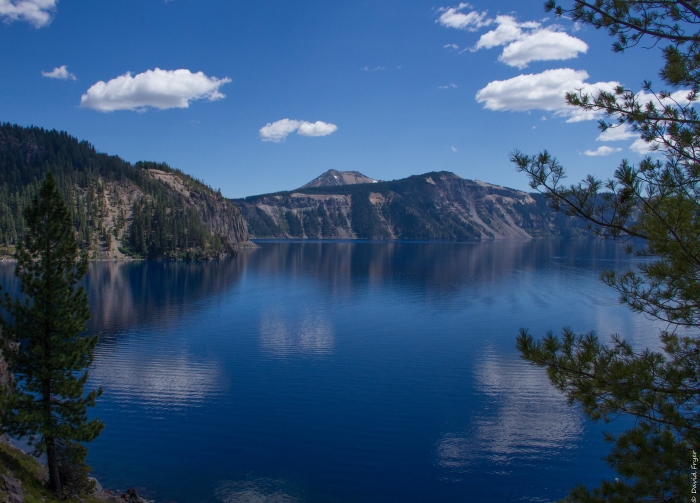 Crater Lake is a geological wonder.  While Crater Lake National Park was established in 1902, the lake itself was formed 7,700 years ago when Mt. Mazama erupted.  The eruption was 100 times stronger than that of Mount St. Helens in 1980.  It spread ash as far north as Canada and as far east as Nebraska. The eruption was so powerful that it caused the volcanic cone to implode resulting in a caldera that is five miles wide and 4,000 feet deep.  The caldera filled with water over the following years. Snow and rain formed Crater Lake and it is some of the purest and clearest water in the world.  They receive an average of 43 feet of snow annually and the deep blue color of the lake, which is one of its unique features, is due to the clarity of the water. 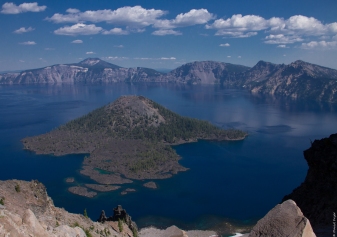 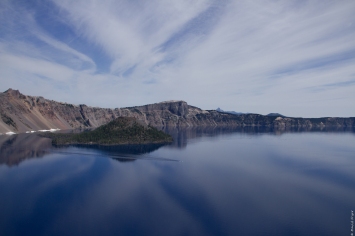 Within the lake lie several other volcanic cones formed after Mt. Mazama’s eruption.  With the exception of Wizard Island, the other cones lie beneath the lake.  Wizard Island, so named because of the shape of the feature, is 2,500 feet deep.  Only 763 feet of it can be seen above the lake’s surface. When you visit Crater Lake, you see a volcano within a volcano which is very surprising.

Phantom Ship also juts out of Crater Lake.  Phantom Ship is a remnant of one of Mt. Mazama’s original cones.  Its shape resembles a ghost ship with a mast and sails.  Although it is more than 160 feet tall, it appears very small in relation to the lake itself. 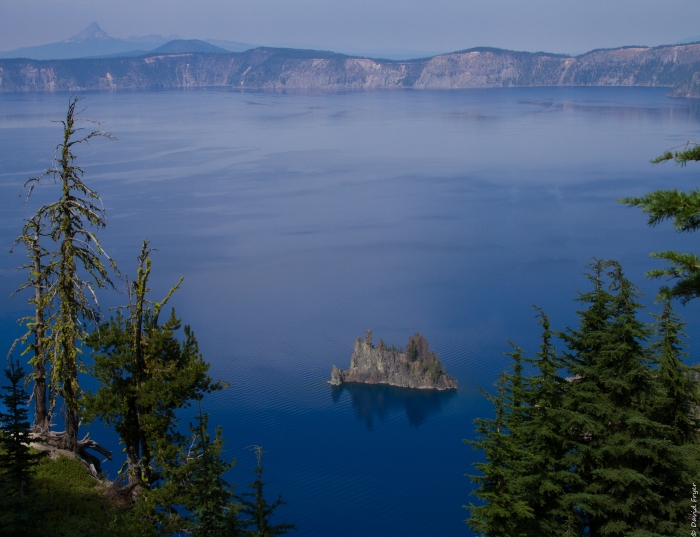 The Pinnacles, located several miles from Crater Lake, are another fascinating geological formation.  These monolithic spires formed as steam discharged through vents in the earth.  Due to the extreme heat, the minerals in the steam adhered to the sides of the vents.  Over time, these spires have been carved away from the canyon walls leaving these unique formations.

Crater Lake National Park is one of the few areas in the Northwest that still has old-growth forests. There are some lovely waterfalls in the park also.  We visited Vidae Falls which drops 100 feet over several ledges. One afternoon, we hiked down into the caldera to see the lake up close.  There were a lot of people who were swimming in the lake even though the water temperature was about 59  degrees. We did not swim but we did sit for a while and take in the beauty of the lake.

We thoroughly enjoyed our visit to Crater Lake; it is a truly unique place!

Here are a few more photos… 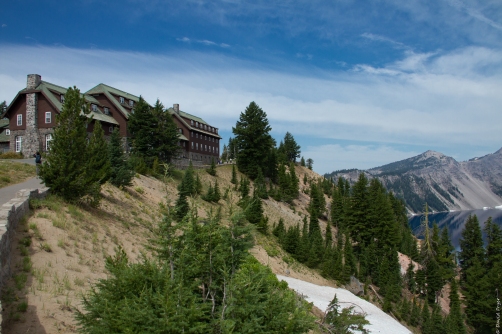 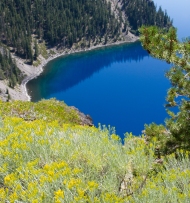 Yes, the water is really this blue 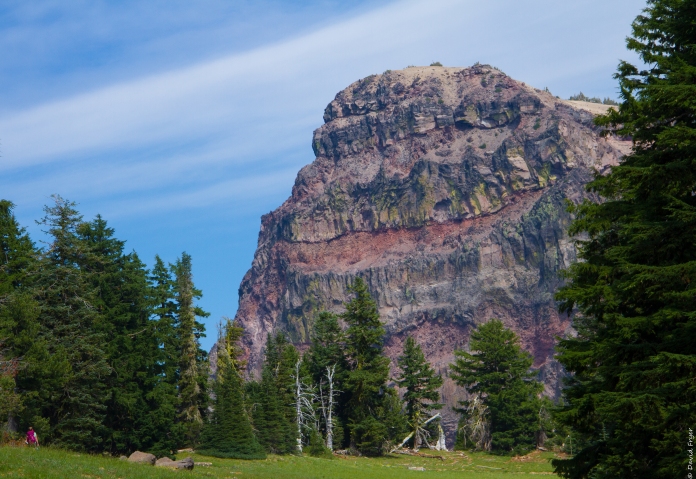 4 thoughts on “The Jewel of the Cascades”