We decided to leave a day early from Crescent City, CA, our base for visiting the Redwoods National Park, because of the traffic potential of so many people in the region headed to the eclipse’s “zone of totality.” We were lucky in that we were only about five hours away from the area where the moon would eclipse the sun totally.  Fortunately, it was on our way to our Portland destination, too. We spent the night at the Valley River Mall in Eugene (thanks Wheelingit) next to a wonderful riverside park on the Willamette River.

We had talked to numerous people who were headed north for the eclipse.  Oregon was the go-to location for those from Washington and California. Many of the towns had festivals and other events planned.  As we traveled north on Monday morning, we saw thousands of people who had simply pulled off the road and were waiting.

We arrived in Salem, OR and headed to a Walmart to pick up some items and perhaps just wait in the parking lot for 10:18 AM, the appointed time.  But, that wasn’t to be.  The place had hundreds of “shoppers” waiting in the parking lot. Fortunately for us, a Good Samaritan came over and told us that there was a park down the road that probably had room for us.

When we arrived at this park, we were met by a person directing traffic who exclaimed, “you’re the biggest rig we have had come through. I am not sure you can fit anywhere but try the farthest end of the road”.  We crept along the park road with row after row of vehicles much like the overflow parking at a large outdoor event.  We found the perfect place and pulled in. 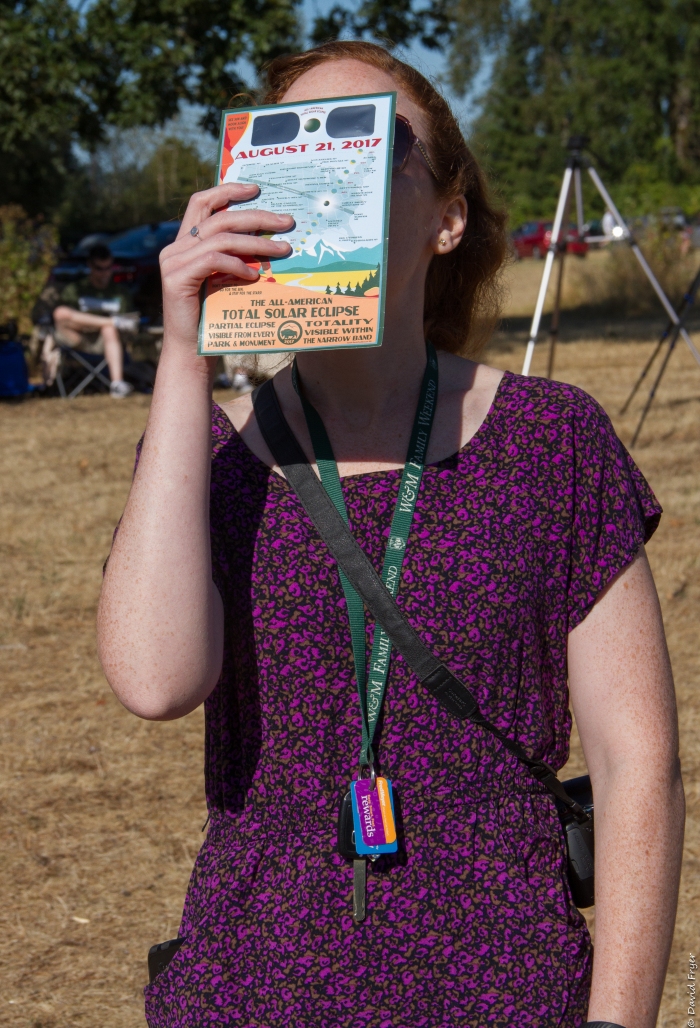 Hundreds of people were waiting with eclipse glasses and cameras. 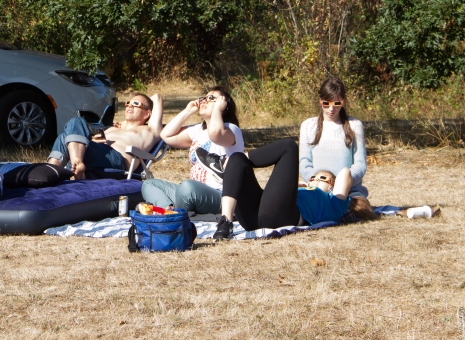 A few minutes before 10:18, it got a little darker and it felt cooler. Suddenly, the eclipsed Sun was spectacularly visible.  The crowd cheered and clapped at the sight.  Quickly we took a few pictures, and it was over.

Many of the crowd just sat in silence after the eclipse, no doubt realizing that thousands of people throughout the land were witnessing this event together. An event with such precision, such magnitude, such grandeur, that illuminates a majestic creation.

One thought on “Totality – Salem, Oregon”

On the East Coast for the Holidays