When the weather starts to get warmer, it is a good time to head toward higher elevation and Prescott, Arizona fits the bill. Celia and I headed to a campground in Prescott Valley called Fairgrounds RV Park for a week. As luck would have it, some friends we had met in Southern Arizona, were making their way to the same location and we got to visit during our stay. Fairgrounds RV, it turned out, was perfect for us as it is away from the city, surrounded by mountains and open fields, but also close enough to easily visit Prescott.  In the afternoons, we saw antelope in the adjacent fields from where we parked, plus beautiful sunsets.

Prescott itself has a lot of Arizona history as it was the first territorial capital.  Arizona was the last state of the lower 48 states established. It became a state in 1912 (on Valentine’s Day!). The town square with its massive courthouse is a popular place to visit.  Part of the square is “Whiskey Row” which was the site of some historic saloons and other establishments. 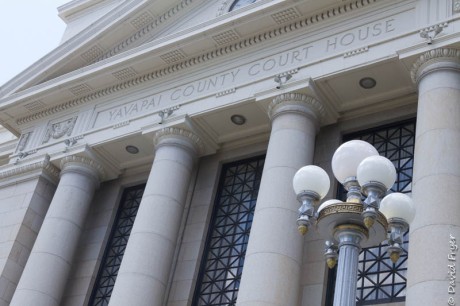 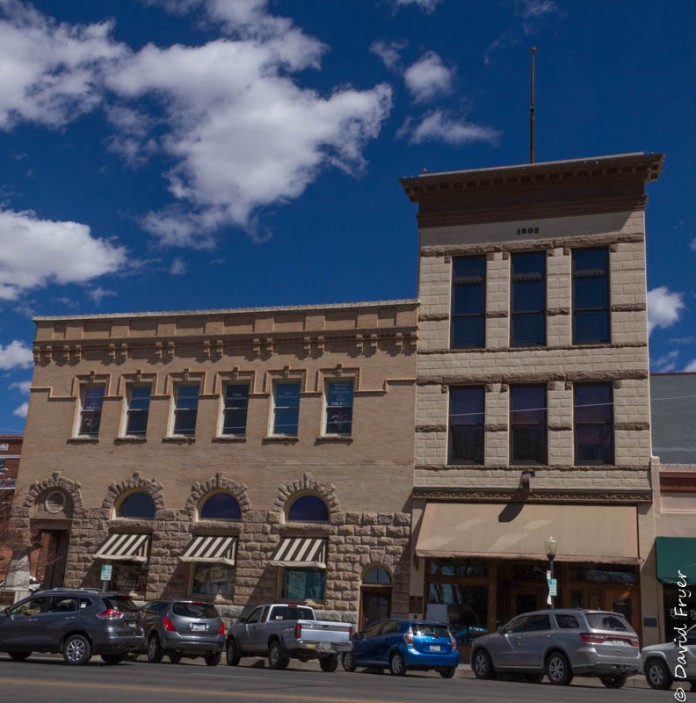 There is a visitor center also on the square that is an excellent place to start your visit. Many of the historic buildings have the year of their construction marked on them.  As is true of many older towns, many of the buildings were lost over the years due to massive fires that engulfed large sections of the city.

After walking around the downtown area, we visited the nearby Sharlot Hall Museum. It was recommended to us to help us learn about the area’s history.

The museum, celebrating its 90th year, was founded by Sharlot M. Hall who was highly motivated to preserve early Arizona history. She was a “poet, historian, and independent thinker” who worked to retain the historic buildings of the territory. The site preserves the Governor’s Mansion of 1864, the Frémont House, the Bashford House, and others. On the grounds is also, Fort Misery, the oldest log cabin (1864) in the territory.

Sharlot Hall moved into the Governor’s Mansion in 1928 and opened it as a museum. She helped to facilitate the movement of multiple other historic buildings to the museum grounds.  There is also a modern exhibit center with various galleries. The displays currently focus on Arizona’s many contributions.  For example, while we were there, a World War I exhibit focused on Arizona’s participation in the conflict.

One surprising exhibition displayed early maps of the territory. A map of proposed state boundaries had New Mexico north of the entire Arizona territory! 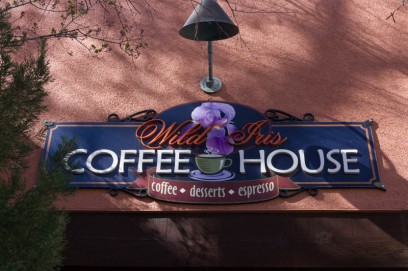 We were told to allow about one hour for our visit, but I was skeptical because of the size of the grounds. Four hours later we wrapped up our tour and went once again to our new favorite coffee shop around the corner. The Wild Iris Coffee House has a wonderful outdoor seating area, wonderful coffee, and is across from a large free parking garage.

Another fascinating location near Prescott is the Watson Lake Park. 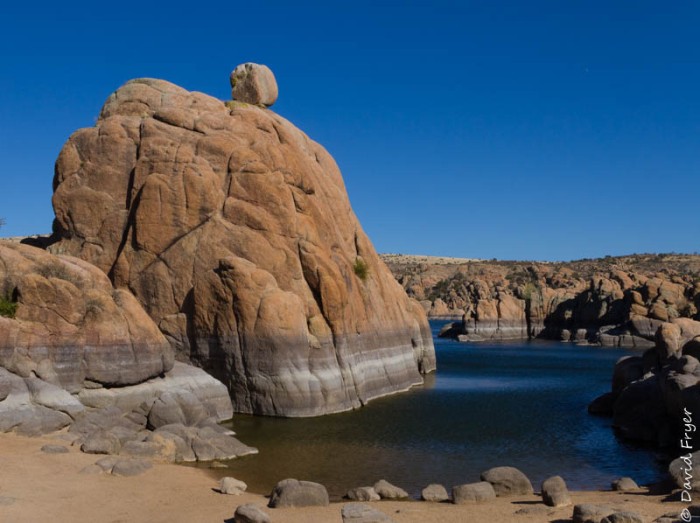 This park begs one to bring your camera and explore. 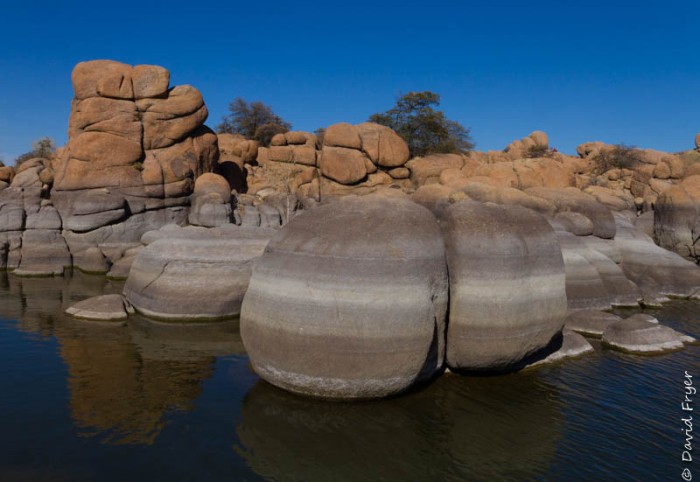 There are multiple well-marked trails and intertwined in the rocks is a Frisbee golf course! We saw people hiking, fishing, kayaking, and hunting for Frisbees. 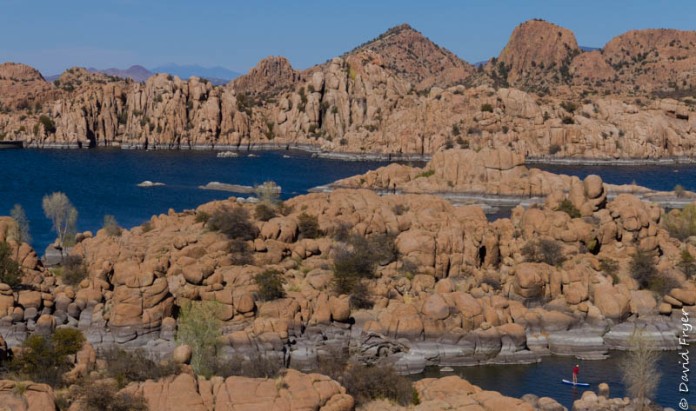 The park is in an area called the Granite Dells. This landscape north of Prescott is characterized by large weathered granite from the exposed bedrock. The granite has been dated at 1.4 billion years old. The lake was created among the Dells and is a beautiful photogenic landscape.

If you are in this area, this is a must see.