We had found a wonderful boondocking spot outside of Camp Verde, AZ. We made some new friends and had a great view of the area mountain range. It also gave me a chance to really test our new solar panels. They worked quite well and we never pulled out the generators the entire time we were there. We could have stayed much longer and no doubt will try to return. 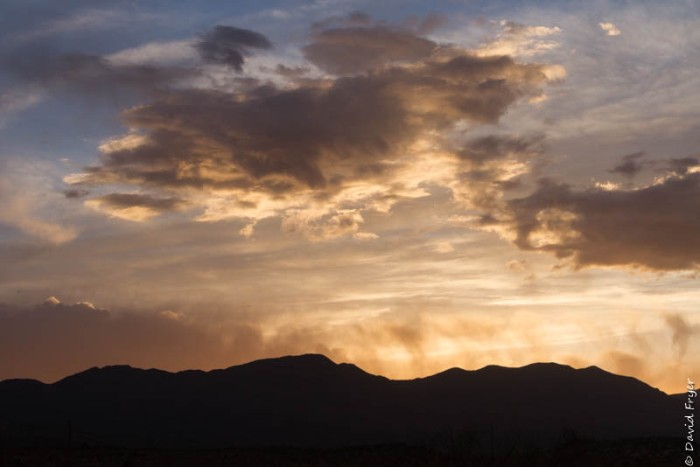 As we made our way from Camp Verde to Lake Havasu, AZ we had planned to stay a night or two in Williams, AZ on Route 66.  We looked at the forecast and the low was going to be 24 degrees, far colder than where we were currently.  One of the advantages of being in a RV is that you can just follow the weather and we knew Lake Havasu, our next destination, was at a much lower elevation. Because of this, it is much warmer so we decided to just visit Williams and move on to Lake Havasu.

We squeezed into a spot at the visitor center and did a walking tour of the town.

The town boasts many vintage cars dotted along Route 66 downtown. 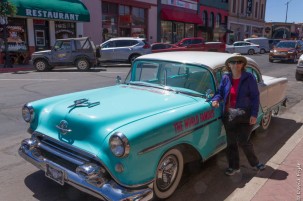 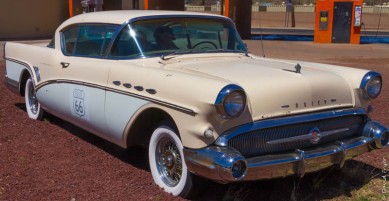 Almost everything is within walking distance, including the train station.

We had one of the best lunches at the Grand Canyon Coffee and Café which is in the same building as the Red Garter.

I am sure that this is a very bustling place in the summer, and we could not have picked a better time to visit.