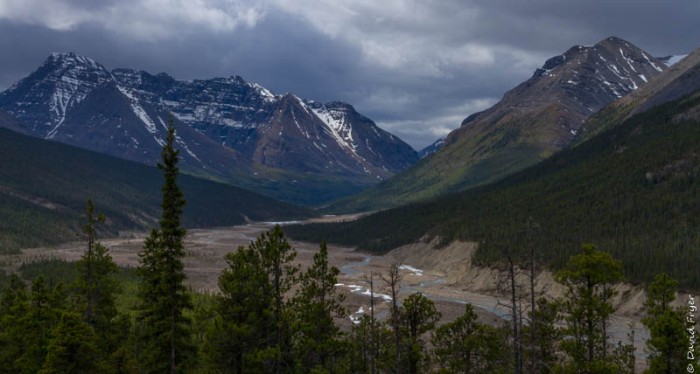 We spent the night in Fort Nelson which is the largest town in this section of British Columbia. Established in 1805, this town was the original “zero” of the Alaskan Highway. There was an existing winter road to Fort Nelson, so it became the Zero military post that was the launch point going north to Whitehorse. When the highway was opened to the public in 1948, Dawson Creek was given that distinction since it was the farthest south on the highway. 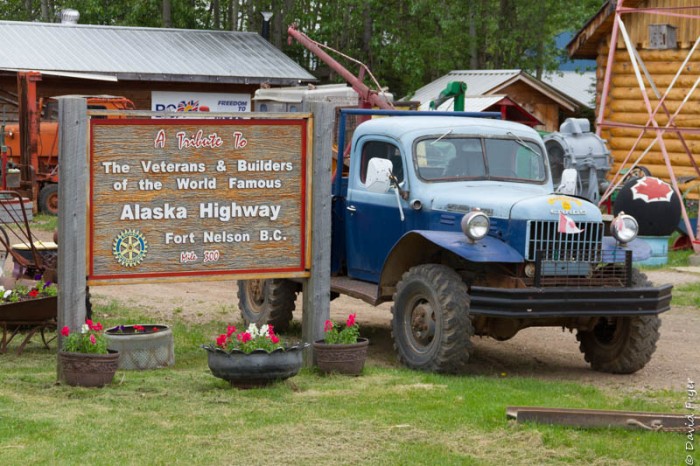 While in Fort Nelson we walked to the Fort Nelson Heritage Museum at mile marker 300. The museum is the lifelong work of Marl Brown who has spent the past decades collecting just about anything and everything. 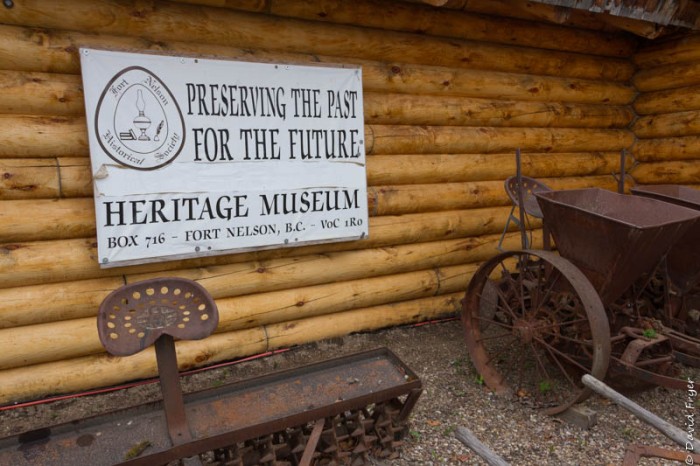 Much of the items center around transportation with antique cars, trucks, and even an early snowmobile. Multiple buildings have been relocated here, including a church.

We were able to meet Marl who is a fixture here and is often on the premises. There are hundreds of car license plates from Canada, USA, and beyond. He helped us find the Virginia plates in the large vehicle garage.

Don’t expect to find annotated displays, museum maps, or consistent themes, but you will find thousands of items from the past that your grandparents owned many years ago. Included with admission is a tour by one of the employees, who will open the locked buildings, such as the trapper cabin, as you go.

There is also a very nice visitor center across the street and has plenty of information, WiFi, and even a sani-dump.

Leaving Fort Nelson, the Alaska Highway passes several outposts such as Tetsa River Services. This family run location advertises itself as the “Cinnamon Bun Center of the Galactic Cluster” and has t-shirts to prove it. The cinnamon buns are good, but I thought that the homemade bread was even better.

At locations this remote, the season is short, the power is diesel generated, and the merchandise travels from afar. Things are priced accordingly. Fuel was over $5 a gallon US and the pumps have a big sign saying, “No Sniveling”.

You cross paths multiple times with folks making the journey. At Tetsa River we ran into a couple with a Bighorn we had met in Dawson Creek. 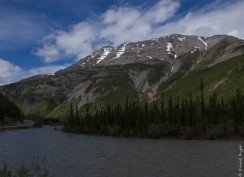 It was cloudy as we continued West, but the views were still gorgeous and we had a wonderful surprise at the end of the day.