I have been an Atlanta Braves baseball fan all my life. I can remember seasons when they routinely lost 100 games a year but I never gave up on them. I grew up about 20 minutes from the old Atlanta-Fulton County Stadium and have fond memories of going to games. Back then, the Braves were so bad that you could show up at the stadium and purchase tickets practically next to the then owner Ted Turner. I was there one night when the Ted grabbed the PA mike and proclaimed to everyone there that admission would be free until the team won a game!

Things have greatly changed over the years and Atlanta in recent decades has been one of the most successful organizations in baseball. I was excited to be in FL during the spring training season. The “grapefruit league” spends a month playing games before the season begins in April. I had forgotten that this was the last year that the Braves would play in the Disney based stadium. Next year they will practice in a new facility on the gulf coast near Venice, FL. 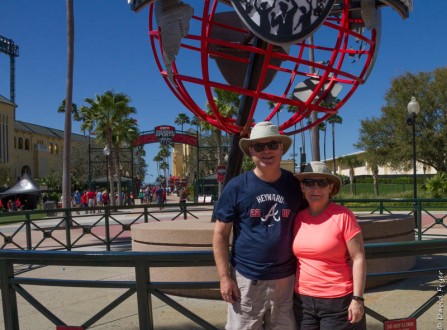 We decided to go see a Braves game and we had a great time. We also appreciated the fantastic weather we had. Many of the Braves stars played that day and we got to watch Inciarte, Freeman, Albies, and Acuña. The Braves were playing the Washington Nationals which is Celia’s favorite team so it was a “win-win.” The Braves won the game so I was happy!

The town of Wauchula where we are staying is near the “highlands” area of Avon Park/Sebring and is the location of one of the earliest Florida state parks, Highlands Hammock. We had heard great things about this park and wanted to visit it. They have a tram tour into the park and I highly recommend it. Our guide was wonderful and made the visit for us. The tickets for the tour can only be purchased in person which is quite a hassle since they quickly sell out. We had to go to the park the day before to buy the tickets for the following day. We later learned that if you say you are calling from “far away”, say Tampa, they will let you purchase them over the phone. Tickets can be purchased for the current or following day only. 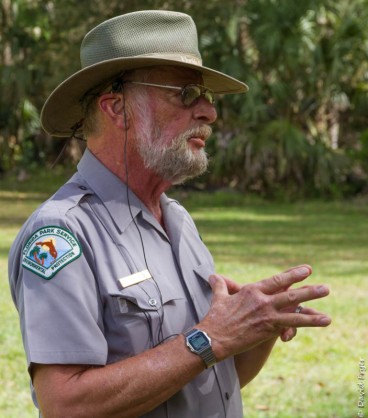 The tram follows a path restricted to other visitors and travels through diverse ecosystems in quite a small area. We were able to see numerous flowers, trees, birds, turtles, and alligators. Our guide provided amazing background about the “hammock” and its wildlife as we benefited from the decades of experience that he had. A hammock, typically on elevated land, is an area of hardwoods and fertile land. The hammock typically will be adjacent to wetlands, just like in Highlands Hammock State Park.

We were able to spot several alligators including a very large male. The male alligator keeps to themselves except for during mating season. This particularly large male is frequently spotted in the park and is believed to be as large as 900 pound. The female alligator builds a nest for the large number of eggs that are deposited there. Surprisingly, the temperature of the nest determines the sex of the alligator. (Think the heat generated by your garden’s compost pile.) The warmer the nest the more likely there will be male alligators. Once they hatch, using the baby alligator’s egg tooth, the female unearths the offspring and will guard them for several years, even from other alligators.

Turtles also play an important part of the ecosystem, with multiple types living in the Highlands Hammock Park. We were able to view many, including “sliders” and “cooters”. The deep burros where the gopher turtle resides is an important refuge for hundreds of other animals during forest fires, too.

After the tour, we walked the popular cypress swamp trail which is almost completely on boardwalks to view the environment for which the park is famous. 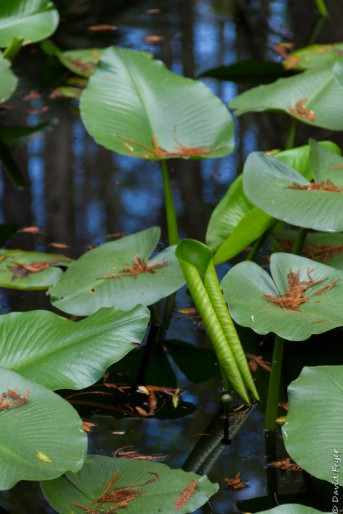 There is also a Civilian Conservation Corp museum in the park which we visited. We were familiar with the amazing work these depression era workers did from our visits to the Shenandoah National Park near Richmond, VA. The CCC, as it is commonly known, developed eight state parks in Florida and this museum focuses on all the locations where they worked, not just at Highlands Hammock. The CCC developed roads, planted thousands of plants, and built multiple buildings in the park including the museum structure. There is an annual festival in November that celebrates the CCC and the contribution that the program made to Florida. 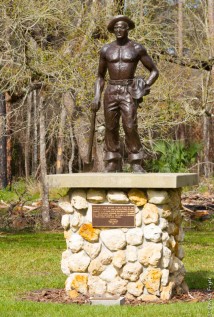 After a picnic lunch, we treated ourselves to orange ice cream from the park store that was also built years ago by the CCC.

The park is very popular to visit by bike and we saw many folks doing just that. Don’t let the name Highlands fool you, it is very flat and easy to travel about. There is also a busy 159 site campground near the entrance to the park.

We enjoyed our visit to one of Florida’s first state parks.