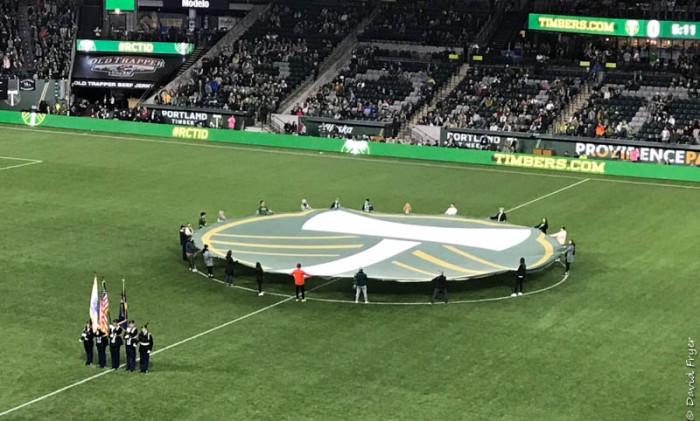 After two months in Portland, it is time to bid farewell to the “City of Roses.” Before we take our leave though, we wanted to share a few more fun things that we did in this area. 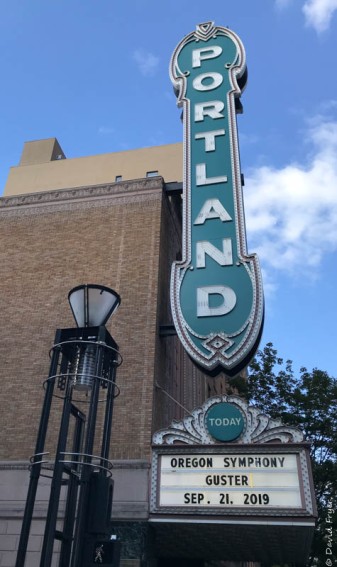 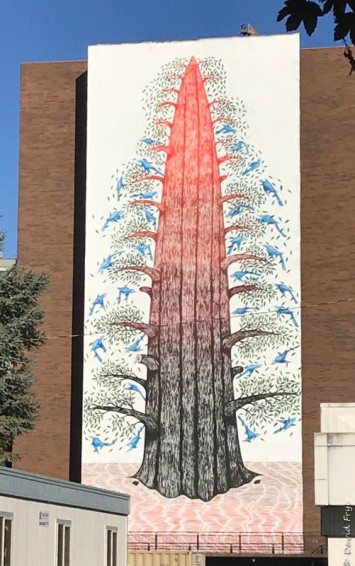 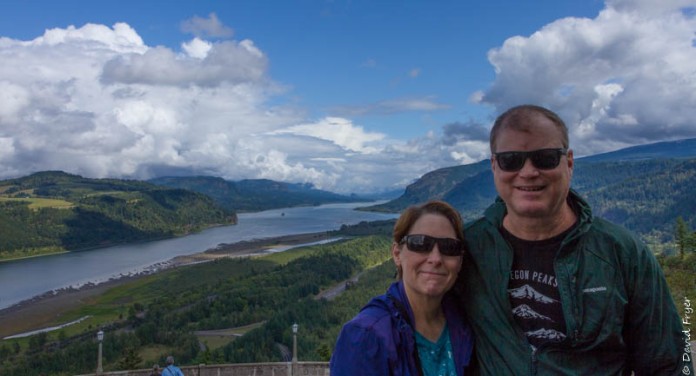 The Columbia River Gorge is a National Scenic Area due to its fantastic waterfalls, like Multnomah Falls, Bridal Veil Falls, Horsetail Falls just to name a few. We had seen the waterfalls before but we discovered that there are also some beautiful viewpoints along the Historic River Highway. Built between 1913-1922, this 75 mile two-lane road runs from Troutdale to The Dalles. It was was the first planned scenic roadway in the U.S.A. 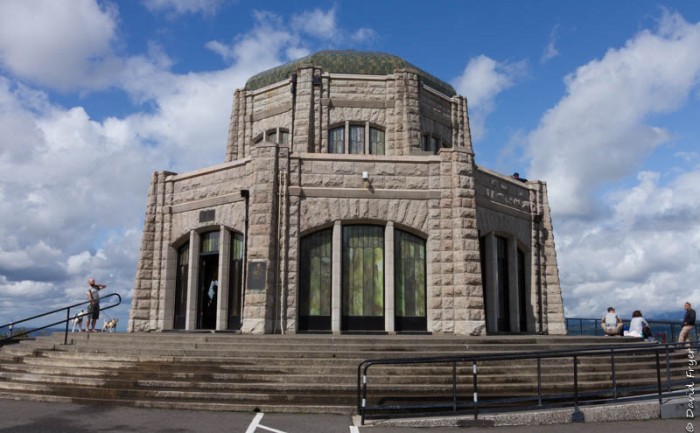 We drove part of this highway up to Crown Point State Park where we visited the famous Vista House. Located about 15 miles east of Portland, Crown Point is an historic overlook that rises 733 feet above the Columbia River and provides marvelous view of the gorge below. From this vantage point, you can see Portland, Oregon and Vancouver, Washington to the west. To the east, is Beacon Rock and more of the expansive river gorge. In 1971, Crown Point was declared a National Natural Landmark. 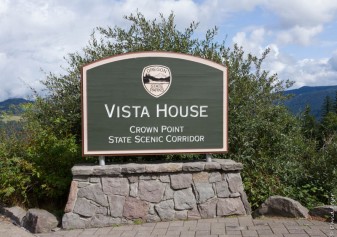 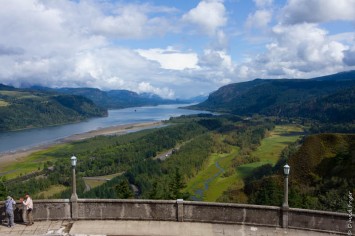 The Crown Point overlook was a favorite stop for travelers and became so popular that Samuel Lancaster proposed placing an observatory there and calling it “Vista House.” In 1918, the construction of the octagonal two-story Vista House was completed. Designed by Edgar Lazarus, it features a bronze-lined rotunda with a 55 ft. high dome, marble interior, and brass fixtures. Most importantly, it also had bathrooms for the travelers. Some have dubbed it “the $100,000 Outhouse.” In 1974, Vista House was listed on the National Register of Historic Places. Today, Vista House serves a Museum and a Memorial to the Oregon pioneers.

While Vista House is an impressive building, it is the views from this promontory point that continue to draw people to this inspiring and amazing location. 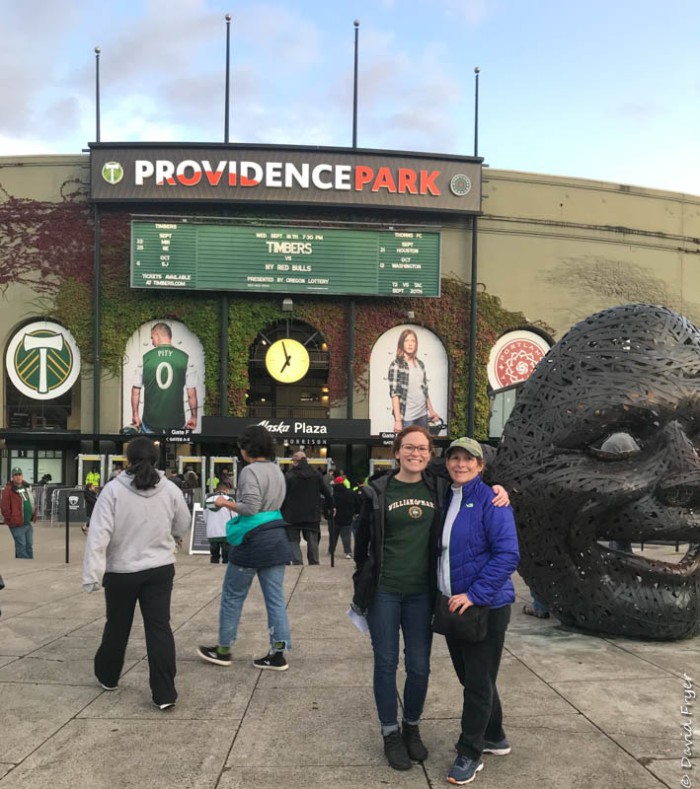 The City of Portland proper boasts countless great parks, eateries, unique stores, museums, festivals, and several professional sports teams. There are three major league sports teams in the city: the Portland Timbers (men’s soccer), the Portland Thorns (women’s soccer), and the Portland Trail Blazers (men’s basketball). There are also plans to try to bring a Major League Baseball team to the city in the near future. Thanks to our daughter, we got tickets to see a Portland Timbers game. The Timbers are very popular and have sold out all of their home games since 2011. Their loyal fans are called the “Timbers Army” and they were very enthusiastic throughout the entire game. Although the Timbers lost that particular game, it was a lot of fun to see them play. 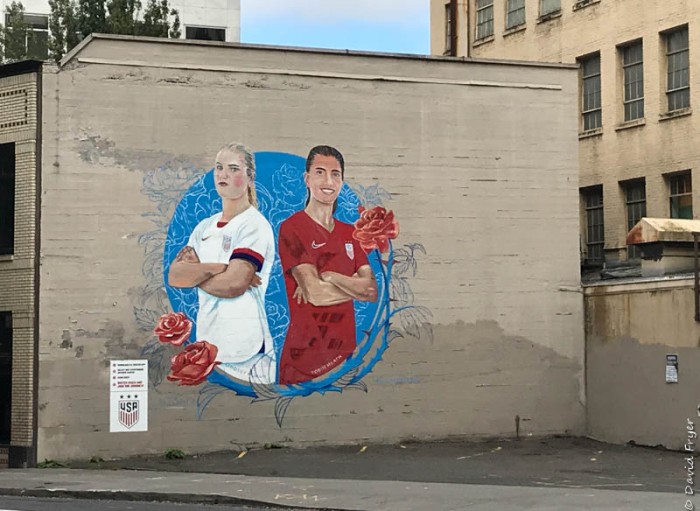 Portland has many museums scattered throughout the city. Every few months, the Smithsonian sponsors a “Museum Day.” Participating museums offer free general admission on that day. Fortunately, there was one in September and the next one is April 4, 2020. This is a nationwide offer so check the museum near you to see if they are a part of Museum Day. David and I took advantage of this special offer and visited the Portland Art Museum and smaller photography gallery called Blue Sky. 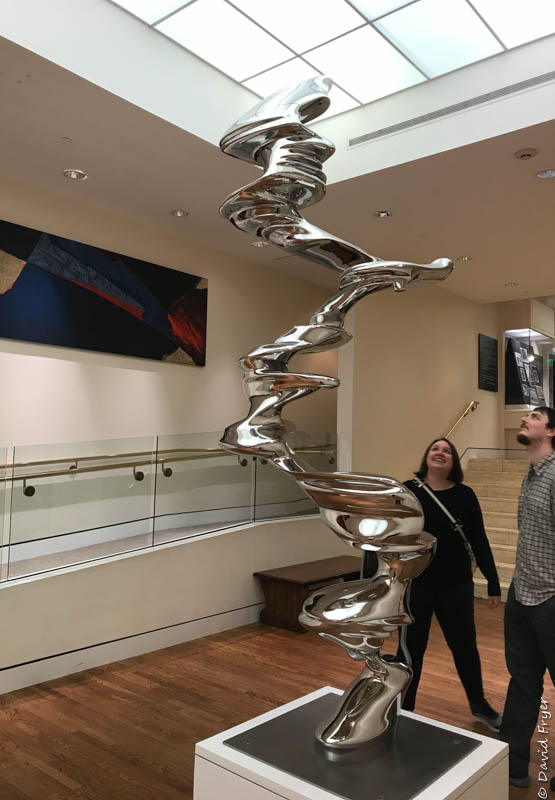 Founded in 1892, the Portland Art Museum is the oldest art museum in the Pacific Northwest and has more than 42,000 objects in its collection. They have a collection of Native American Art, Asian and American Art, European Art, modern and contemporary art, photography, and much more. Although it is not as large as other art museums that we have visited, we did see some paintings by famous painters such as Renoir, van Gogh, Monet, Cassatt, Thomas Moran, and Kehinde Wiley. We had a wonderful day exploring this museum as well as the other photography gallery. 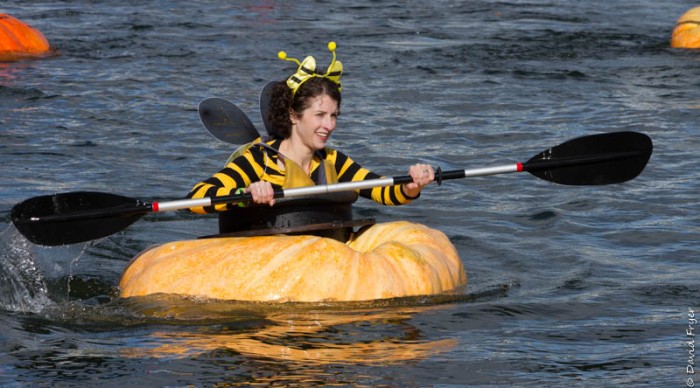 One of our last adventures was the West Coast Giant Pumpkin Regatta in the City of Tualatin, south of Portland. Held in late October at the Tualatin Lake of the Commons, this free festival has become one of Oregon’s most popular Fall events. The feature of this event are four pumpkin races around the lake. Participants paddle 1,000 lb. hollowed out “pumpkin boats” around the lake. The Pacific Giant Vegetable Growers provide these enormous pumpkins for the regatta. The paddlers also dress up in costumes for the event. If you want to participate, you must apply and be selected to be in the regatta. Surprisingly, participants come from all over the U. S. to take part in this contest. Several of them were from N.C. and Ohio and had flown to Oregon for this event. In case you were wondering, we only saw one pumpkin capsize during the races which was amazing given the size of the pumpkins. 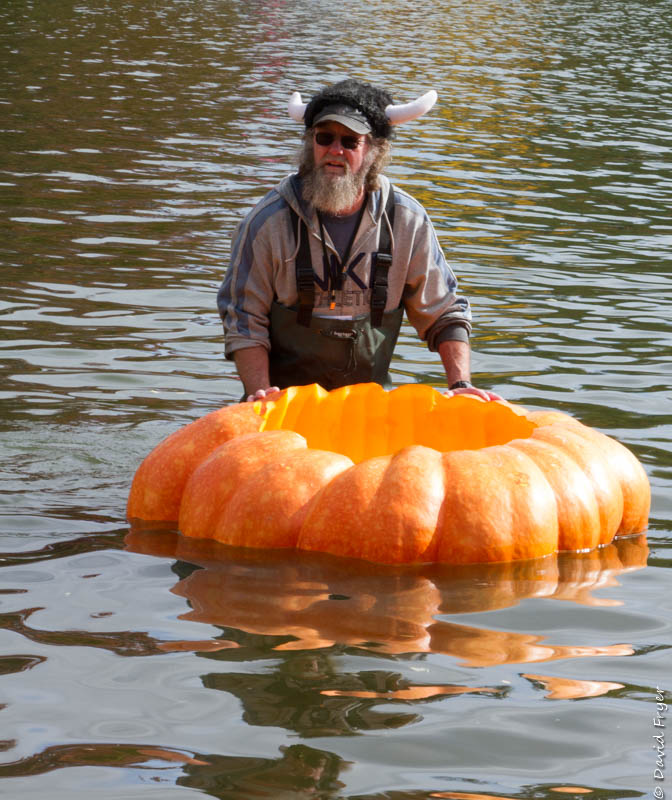 In addition to the regatta, there were lots of vendors, games like pumpkin bowling and pumpkin checkers, concerts, pie eating contests, children’s costume contests, pumpkin carvers, free coffee, and lots more. On display too were some the giant pumpkins. Some weighed as much as 1,800 lb. and many children had fun sitting on top of them. Thousands of people show up to watch the regatta and to enjoy the activities. The Giant Pumpkin Regatta was great fun. 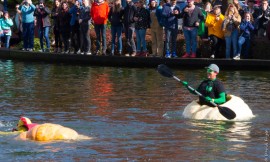 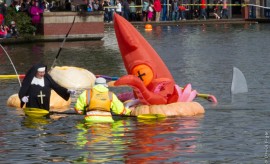 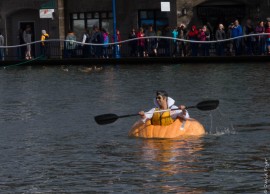 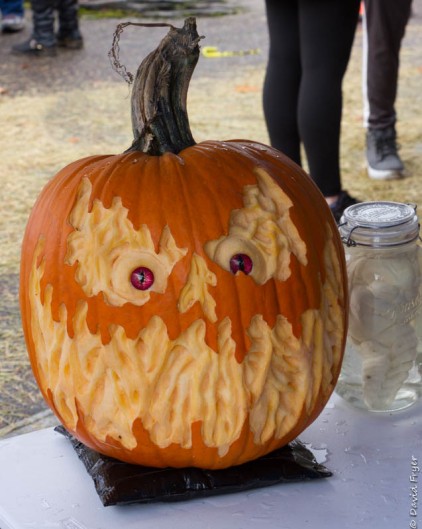 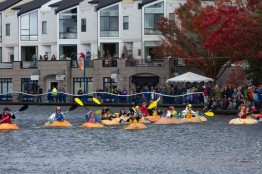 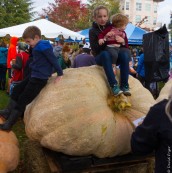 Even though we have been in Portland for several extended stays, we keep discovering new and interesting places and activities to enjoy there. We have found that Portland and the surrounding area certainly has a lot to offer.

One thought on “Farewell to the City of Roses”