Along with the joys of going to visit new places and seeing wonderful sights comes the challenge of ongoing RV maintenance and repairs. We have been on the road and living in our rig for more than 1095 days and it seems that there is always something that needs to be fixed. While we were in Camp Verde, David noticed that water was leaking underneath the camper. David and I took the underbelly off the bottom of the rig and found that we actually had two leaks. The galley/kitchen sink holding tank had a crack in it and the black tank (so called not because of its color but rather what it holds) also had a leak in it. (Yuck!) David tried to repair both tanks. David was able to repair the black tank leak. (We and our neighbors were happy about that!) After several attempts and many YouTube video tutorials, it was apparent that the galley tank crack would have to be welded shut or the tank had to be replaced. We contacted a RV repair shop in Phoenix/Mesa, AZ that we have used before and we had them order a new tank for us. Due to coronavirus, it took a month for the part to arrive. Once it came, we made our way to the shop for them to install it. 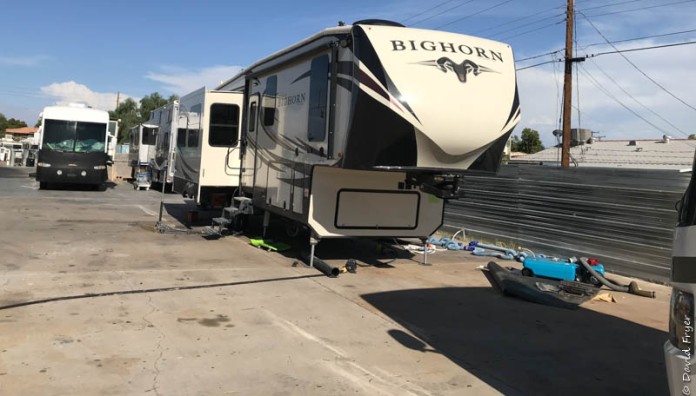 We thought that we would be there for 2-3 days for the tank installation and some routine maintenance (repack the bearings and replace some slide seals). As it turned out, we were there for 15 days because we had to wait on some parts to arrive and they also found some other things that needed attention (slide skids, brake drums, some minor water damage on one slide). Add to that, Phoenix experienced unusually hot temperatures during our stay there.

Carpets cleaned while we wait.

Many days the highs were 110-113 degrees. Fortunately, we were able to use our two air conditioners but it was still very hot. Needless to say, we were very happy to finally make our way to cooler climates.

One of the highlights of being in Phoenix was that we were able to see our friends Barb and Steve. We had not seen them for a couple of years. We got to see them twice and had a great time. Thanks so much for your hospitality and continued friendship, Barb and Steve! 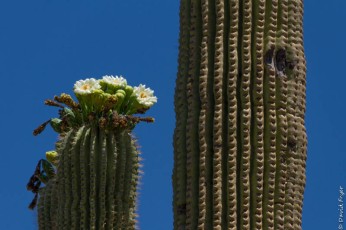 We were able to visit Lost Dutchman State Park adjacent to the Superstition Mountains and to see some of the Saguaro Cactus blooms. We had never been in Arizona late enough to see the blossoms that we had heard so much about.

We left Phoenix and drove to Page, AZ for the night. We had been in this lovely area before and we were happy that it was much cooler there. As we were getting ready to prepare dinner, our microwave sparked and stopped working. After some sleuthing, it appears that it had shorted out and will need to be replaced and we had just left the repair shop (Sigh). We will have to wait until we get to Portland, OR to have a new one installed because it usually take about a month for a new one to be shipped. David already called and we have a new one on order. That’s okay, we can survive without a microwave for a few weeks. 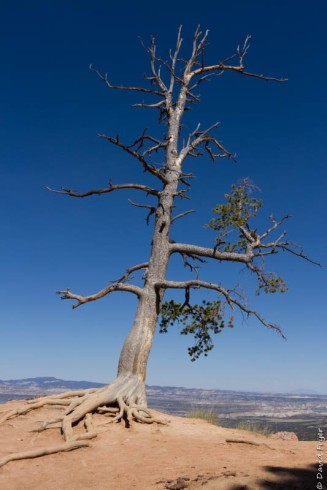 Our next stop was near Bryce Canyon National Park. David found us a great boondocking spot that was nestled in the woods and was not far from the entrance to the park. We like the camping spot so much that we stayed an extra day.

We had been in Bryce Canyon NP a few years ago and wanted to visit it again. The canyon is magnificent. We went to the park late one afternoon so we could watch the light as it played off of the hoodoos. The view was spectacular! 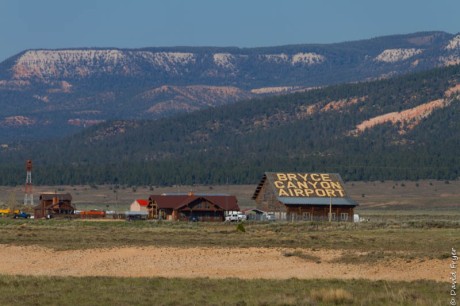 After three days in the cool mountains near Bryce Canyon, we headed for the Wasatch Mountains east of Salt Lake City, UT. We had never been in this part of UT before and were looking forward to seeing it. At one of our stops along the way, David checked our tires and everything underneath the camper. He does this routinely when we are traveling. He discovered that we had a major problem: the shackles had broken on the passenger-side. As luck would have it, we were in an area with no cell service. So we turned on our emergency flashers and continued slowly toward the interstate where we knew we would have cell signal. Fortunately, there were several gas stations there and one was a Flying J station with a repair shop. We asked if they could help us out. They said that they could and they had all the parts on hand. The mechanics started to work on our rig immediately and two hours later we were back on the road. During the repair, they discovered that the plastic bushings had failed and the driver side shackles were badly worn also. The experienced mechanics replaced the shackles, metal bushings, equalizers, and installed wet bolts (grease-able) also. We felt so blessed that the mechanics were able to fix our problem so quickly.

Great guys got us back on the road

Life continues to offer us a bunch of new experiences. So far, the good ones definitely outweigh the challenging ones. As we begin our 4th year of full time RVing, we are still loving the lifestyle and do not regret having made this choice. We are looking forward to having many more great experiences and exploring many more places in the years ahead.

3 thoughts on “Back On The Road Again”