We rose early and got on the road quickly because we had a 6 + hour drive to reach Omaha, NE.  It was a picture-perfect day – temperature in the 80’s and no humidity!  We stayed in a city campground in the town of Papillion, NE.  It was a very nice campground. The only problem is that it is “first-come, first-served” so we couldn’t get a reservation in advance.  We called when we were getting near and they said that there was availability so that was a relief! We arrived there about 1:30 PM and got set up.

Late in the afternoon, we went to the Old Market part of Omaha.  It is the old part of town and it is right on the Missouri River. 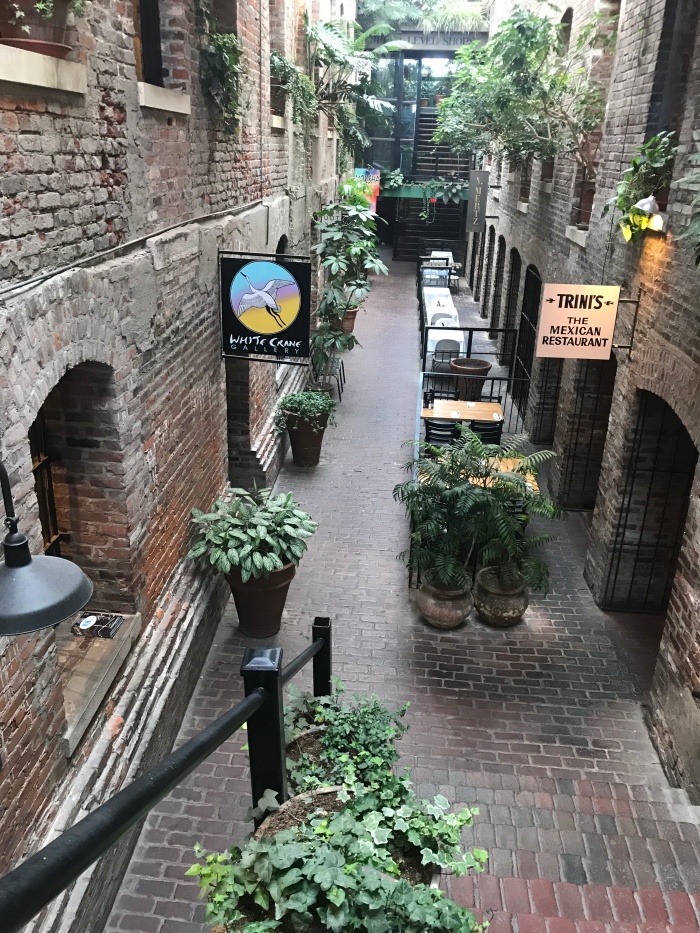 There is also a park called Heartland of America Park and it has a lake and a large water fountain type feature in the middle of the lake. 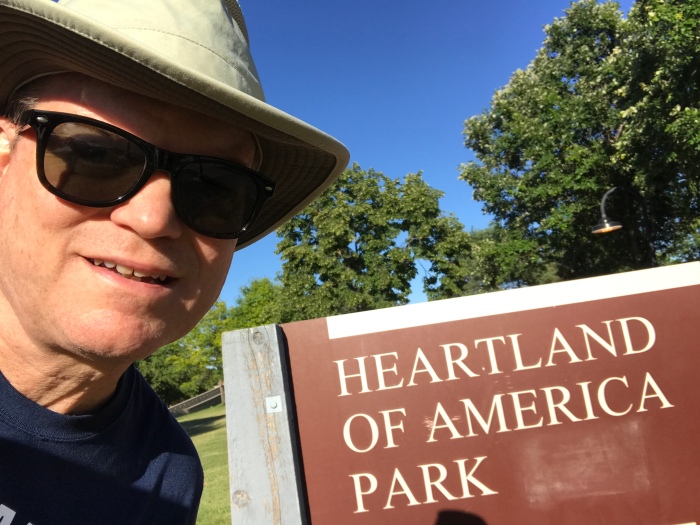 We walked about two miles through the city, park, and down to the River.  It was a warm but pleasant walk.  We were only staying in Omaha one night but it is a place where we would have liked to have stayed for a longer period of time.  There are lots of neat things to do there!

We saw a lot of LSU fans here for the College World Series, but never saw fans of the other team?  Found out later that the LSU fans really support their team and the World Series itself, coming every year even if their team is not represented!

On our way back to camp, we went to Trader Joe’s and stocked up on groceries.  This is the last one until we get closer to the West Coast!

When we returned to the campground and were getting out of the truck with our groceries, we met a couple who had been full timing for seven years!  We enjoyed talking to them and asking them lots of questions about this lifestyle. They were very nice and shared lots of tips with us and also were very encouraging to us!

David was able to talk to the husband about a surge protector issue that we were having.  They determined that we had a faulty surge protector. Another blessing!