Another early start because we plan to tour the Badlands National Park on our way to Rapid City, SD.  It’s another cool, sunny day.  It’s supposed to be in the 90s by the end of the day but it was in the 50s in the morning.

On our way we crossed the Missouri River again! The scenery changed to cattle grazing country – no more cornfields!  There are still lots of bales of hay and it is very, very windy.  The wind really does soar over these plains!

We got to the Badlands at about noon and drove the scenic loop through part of the park. 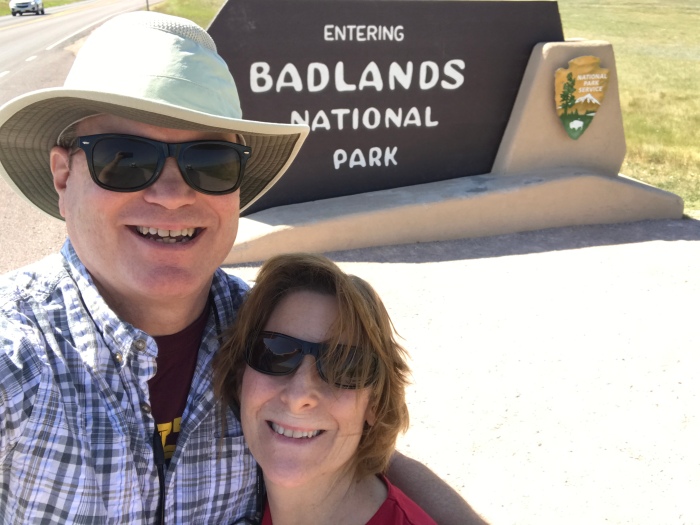 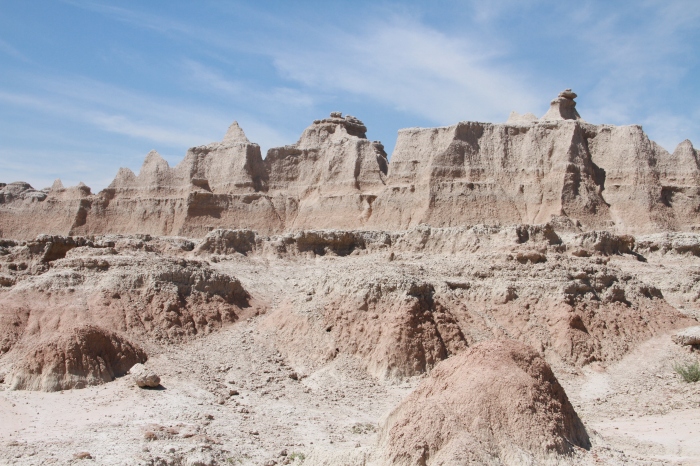 We took a short hike on some of the hills.  The terrain was very different in that it was red but looked like cooled volcanic lava. It was not dusty at all.  When it rains, the surface becomes very slick. It was a hot day but the wind was blowing so it didn’t feel too bad. I guess we were fortunate because temperatures can reach into the 100’s in this area.  We did get a good bit of sun even though we used sunscreen!

We went to the Visitors Center where we looked at the exhibits and saw a short film about the area.  Afterwards, we continued along the scenic drive where we saw bighorn sheep grazing right beside the highway!

Spotted some Bighorn sheep in our Bighorn!

All along I-90 we kept seeing signs for Wall Drug (think “see Rock City”).  Even the greeter at the South Dakota Welcome Center said that we should go there, so we did!  This drugstore, located in the town of Wall, has been in business since 1931.  It started as a small store but now has expanded to several massive buildings.  It is like a cross between South of the Border and a shopping mall with a western theme.  There were all kinds of stores there: bookstores, outfitters, restaurant, clothing stores, etc. and it was packed with people. I guess they had all been told to visit Wall Drug!

The rabbit made it too! 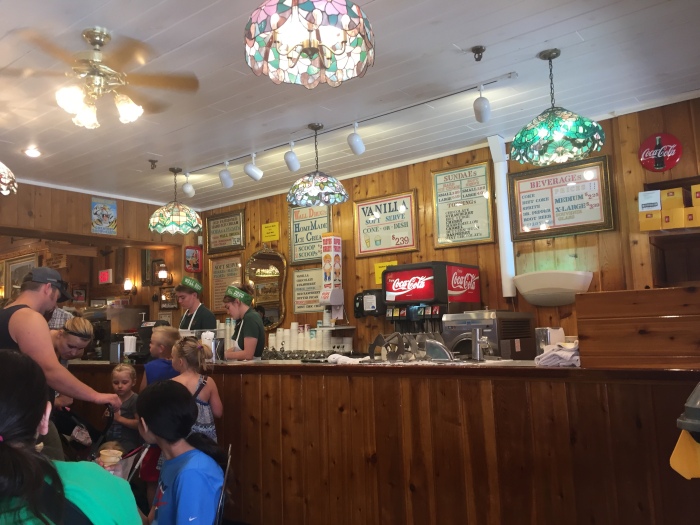 After sampling some red raspberry ice cream we made our way to Rapid City. Actually we are camping in Hermosa, SD.  It is 16 miles south of Rapid City. We got set up and meet several of the other full timers who are camping there.  Not long after that, a storm blew up.  The winds were fierce and we pulled our slides in!  The storm didn’t last very long but it was intense.  After the storm had passed, we talked to the other campers and they said that it was the strongest winds they had ever experienced! We were fine, no damage at all.  Another blessing!

When we arrived, David plugged in the surge protector and again it would not work.  We have not had consistent results, but now we knew for sure that is was faulty.  We asked the owner, who had been very helpful and congenial, if he might have one that we could use until we could get a replacement.  Yes, he had one and he let us borrow it! Progressive Industries stood by their unit and sent one that day.

Later on David got our Apple TV working and we were able to stream the Atlanta Braves game. They won. David was happy!!!