This morning we spent some time resolving a few problems and getting some day-to-day things done.  As we mentioned earlier, the surge protector was not working properly so David called the company and arranged for them to send us a new one.

Yesterday, when we were leaving Wall Drug, the truck had difficulty starting up.  We drove on to Hermosa and decided to look into it today.  We went to WalMart and they tested the batteries and the alternator and both were fine.  So… the next stop was the Chevy dealer in Rapid City.  We got an appointment for the following day.

Next, we set our sights on the northern section of the Black Hills.  We drove for a couple of hours through the Black Hills National Forest.  It was a beautiful drive through Ponderosa pine covered mountains. We passed through the towns of Deadwood and Keystone. It rained a little bit but then the sun came out.

The weather around here is very changeable.  It can be raining in certain sections or at a particular time of day and then the weather abruptly changes. These Black Hills seem to create their own weather. 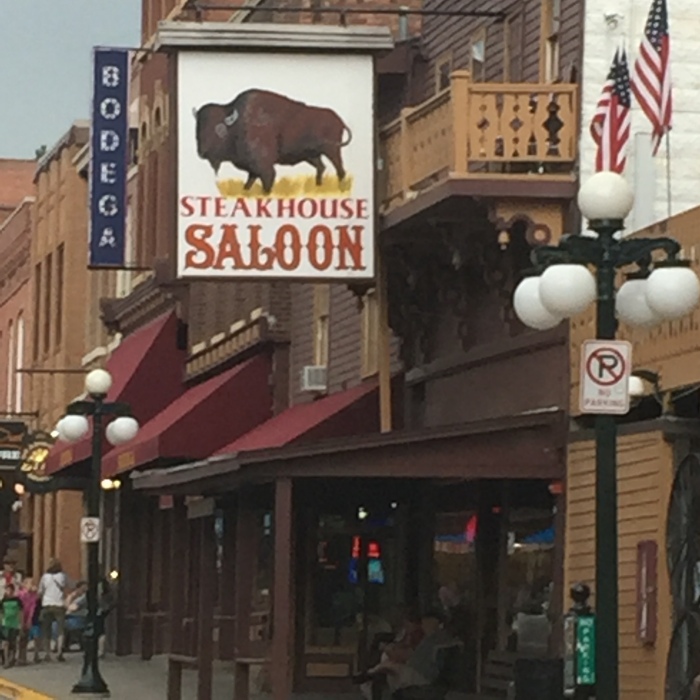 On our drive we stopped at Pactola Lake.  We took a short hike down to the lake.  It is a man-made lake but it was captivating, especially since there had just been a storm and the sky was dazzling. Since it had just rained, the air was cool and crisp. There were wildflowers along the lake’s edge and they were a lovely embellishment along the lake. God’s hand at work!