It was a day with bright blue skies and puffy white clouds – a great day to be outside. This morning we headed to Mt. Rushmore.  There didn’t seem to be too many people out and about, that is until we got to the National Monument!  We were early so it was not as busy as it was when we left.  We spent about four hours there and enjoyed seeing the exhibit, watching an informative film narrated by Tom Brokaw, and of course taking lots of photos. 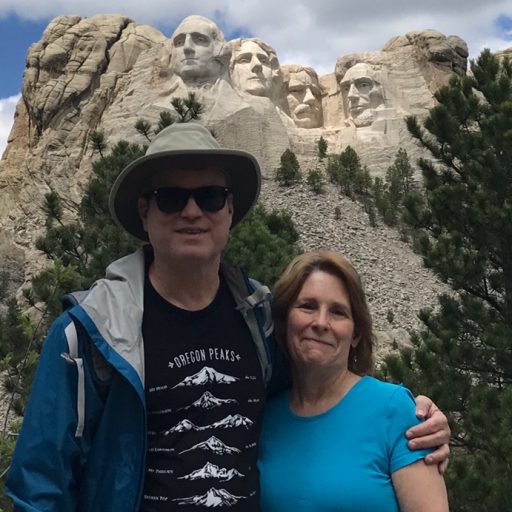 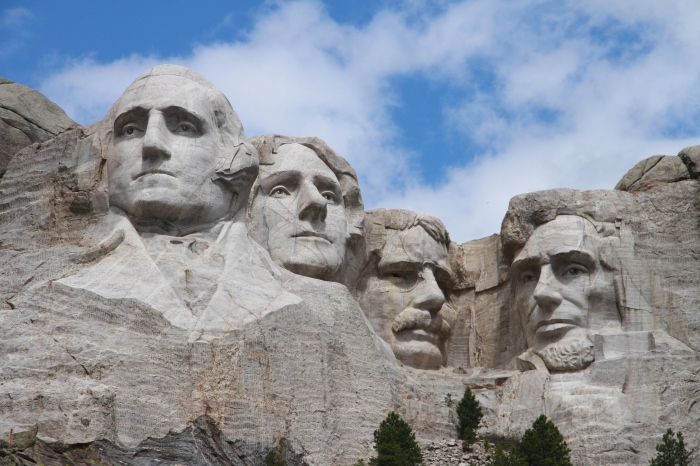 We walked the Presidents Trail, a .6 mile loop that takes you to the base of the mountain where you can get a closer view of the Monument. 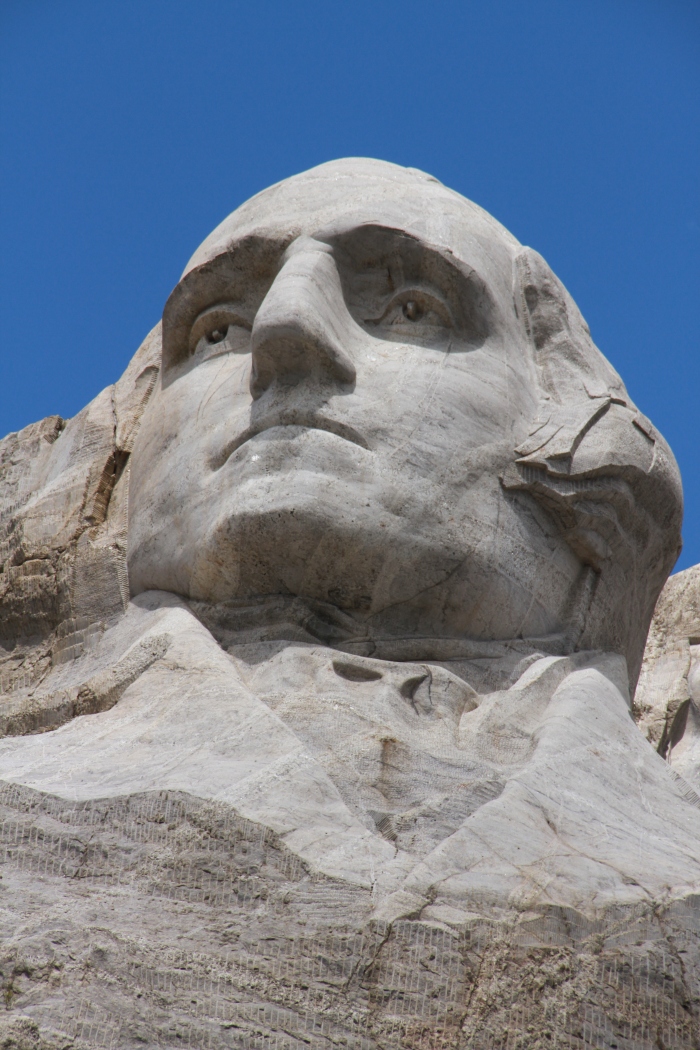 On our walk, we saw a large mountain goat grazing. 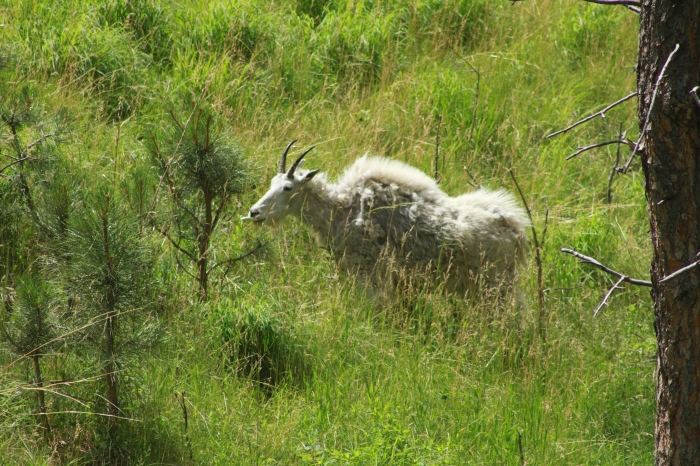 We visited Borglum’s, the artist’s, studio where there are models of the four presidents that he used to sculpt the monument.  An inch on the model translated to one foot on the mountain. It was a very precise system that he used to determine how much rock to blast away and how much to leave behind to form the portraits.

Mt. Rushmore was a project that initially was to take 5 years and cost $500,000 but took more than 14 years and over a million dollars!  It is an impressive sight and it really makes you so proud of our country and its accomplishments.  Proud to be an American!!!

Crazy Horse was our next stop.  We didn’t actually go in but we were passing by there and stopped to get some photos of this monument that is still in progress.

Our next stop was Wind Cave National Park in the southern Black Hills. Just as the name suggests, the main feature is the cave.  This was a very sacred place for the Lakota Indians and is central to their Creation narrative.

Wind Cave became a National Park in 1903 and was the seventh national park in USA and the first cave to become a National Park. We took a 1.25 hour tour of the cave. With a name like Wind Cave, I thought that it would be windy in the cave but it wasn’t. It got its name because wind blows out of the small entrance to the cave. The wind is caused by changes in atmospheric pressure in the cave. The cave passage ways are 149 miles long and they have only explored a very small part of it.  It is a dry cave so there are no stalactites or stalagmites like there are in a wet cave. Wind Cave is a three-dimensional network of passageways that are stacked one on top of the other. The tour guide likened it to a bowl of spaghetti. What is unique about this cave is that there is boxwork on the ceilings, walls, and floors of the cave. These formations are honey-comb like calcite formations caused by the erosion of the limestone that used to be there.  The tour guide says it is like having the bricks melt away leaving just the mortar. Ninety-five percent of the boxwork in the world is located in this cave. Also there are crystals on the ledges of the walls.  We saw popcorn crystals and frostwork crystals.

When we concluded the tour we were over 200 feet below the surface.  Luck for us, there is an elevator to bring you back up to the surface! It was a fascinating tour!