Whitehorse is the largest town by far in the Yukon even though there are only about 28,000 people in the area. To put that in perspective, there are only 38,000 in the entire territory and some of the larger towns have less than 1,000 people in them. This community was an important intersection during the rush for gold starting in 1898. Hardy travelers braved the elements on the Chilkoot Trail to reach the Yukon River in Whitehorse and used this passageway to the Klondike when the river thawed. Even today the singular northern road to Dawson City is called the Klondike Highway.

Whitehorse is the stop that most RVers make to stock up on items needed after being on the road for a while. This is the place for repairs, parts, and other supplies.

RV campgrounds have many services including an RV wash. This is a somewhat futile effort as almost every vehicle is constantly covered with dirt. Washing your car/truck/RV is a very temporary moment of satisfaction. The campground where we stayed in Whitehorse, Pioneer RV Park, has gas/diesel pumps, a truck wash, propane, WIFI, some groceries, a broken laundromat, a pet wash room, and even a rentable oil change area!

There are RVs everywhere, especially at Walmart where 40-50 rigs park each night! At first we thought it was a RV dealership. They have even erected a sign to show campers where to park on the lot. The Walmart here is not stocked like ones in the States and we ended up finding several things we needed at a large store called Canadian Tire. To our surprise, it is more like a US Walmart with a large selection of items. 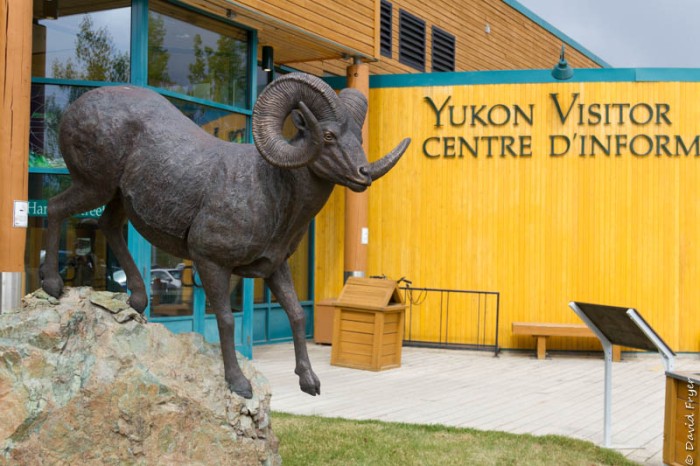 Once again the Visitors Center was excellent and gave us great advice on things to do and see. 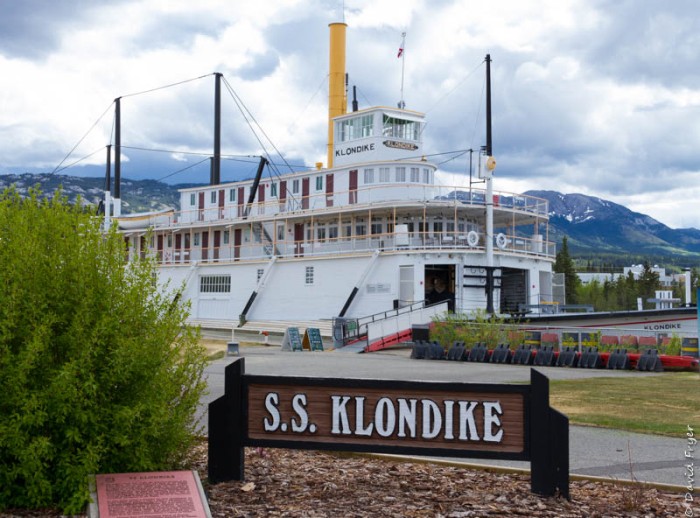 One of the main attractions in Whitehorse is the restored riverboat, the SS Klondike. It is within walking distance of the town’s downtown area and sits along the famous Yukon River. You are able to take a self-guided tour of the iconic sternwheeler and there are supposed to be guided tours though we saw no evidence of those. 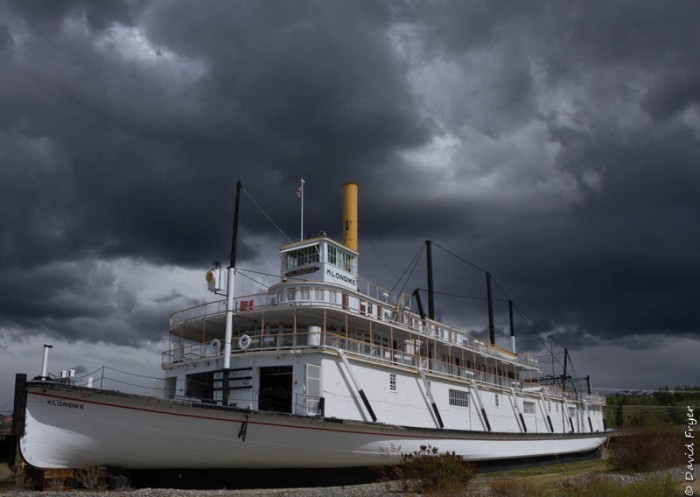 The SS Klondike was the largest vessel to ever journey on the Canadian portion of the Yukon River. The large boat would carry freight and passengers chiefly between Dawson City and Whitehorse during the months that the river was not frozen. 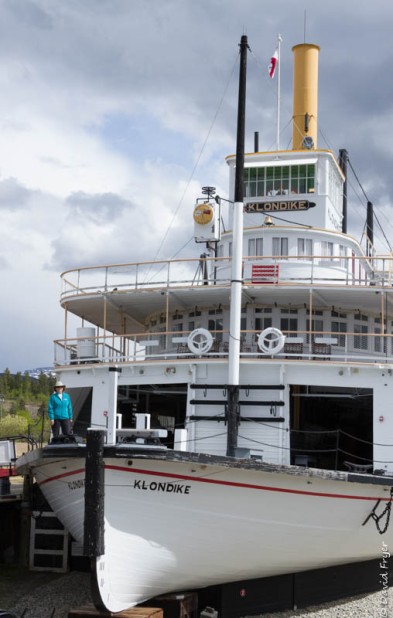 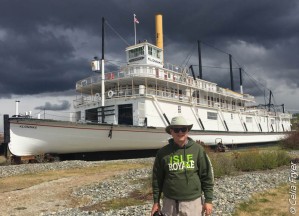 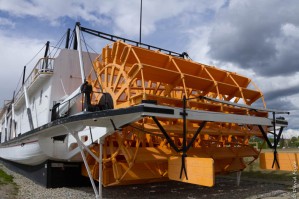 The boat was built to ply the swallow waters but still carry a large amount of weight. Built by the British Yukon Navigation Company it eventually was donated to Parks Canada a few years after the road to Dawson City was built.

One of the highlights of Whitehorse for us was walking along the river at Miles Canyon. There is a wonderful suspension bridge that is part of the trail system and there are hikes on both sides of the canyon.

This popular location has canyon walls consisting of unique tube like formations and the flowing water is a beautiful emerald green. These multi-sided columns were created from cracks in the cooling lava which were followed by the carving of the river flow. 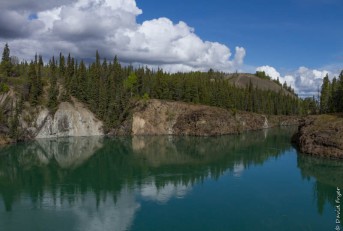 During this peaceful hike, we stopped and watched a river otter swim to his home along the river banks. We also saw some kayakers paddling through the canyon from the lake below. 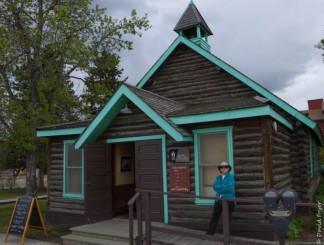 When the weather started threatening rain, we headed to the Old Log Church Museum. We got a personal tour from the newly minted guide still with cue cards in hand. The summer docent, gave us a wonderful detailed tour of an early church that was used for over 60 years. The examples of these early Christian leaders are inspiring given the hardships they faced and the accomplishments they made. For example, Robert and Julia McDonald developed a letter system and grammar book for the Tukudh dialect of the Gwich’in people. Their translation of the Christian Bible is still used by some today. 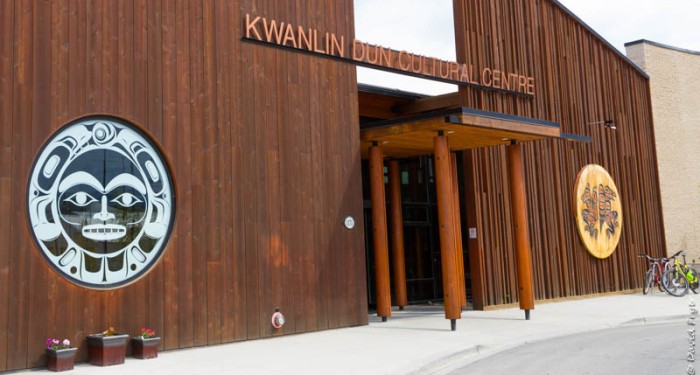 We also visited the Kwanlin Dun Cultural Centre that had an excellent photo exhibit on the personalities of the fur trappers on the “trapline” called “Wild Lives: Portraits and Stories from Yukon Traplines”. 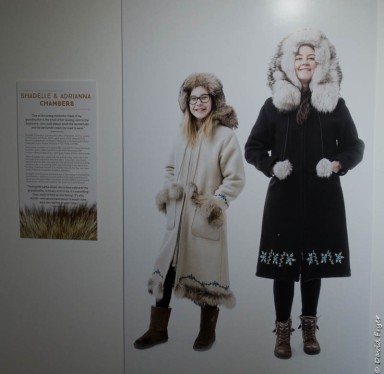 We spent several days in Whitehorse getting ready to continue toward Alaska. We needed to purchase diesel exhaust fluid for the truck, propane, groceries, and the like. We also went to a busy laundromat to get everything cleaned up. We are headed to Kluane National Park next.