Memphis is the largest city on the Mississippi River with lots of history, music, and good food. We delayed traveling from Nashville to the “Home of the Blues” due to heavy rains and flooding. Roads closest to the river were still closed as were some campgrounds. We called T.O. Fuller State Park to be sure it was open and accessible.

We found that there were many places that we wanted to explore but, due to our shortened time there, we were only able to select a few places. We ultimately decided to visit the National Civil Rights Museum and to sample some of famous Memphis barbecue. Fortunately for us, there was a great barbecue restaurant, Central BBQ, right across from the museum.

The National Civil Rights Museum is far more extensive than the National Center for Civil and Human Rights that we visited recently in Atlanta, GA. This museum recounts the history of this movement starting from the 17th century to the present. Also it does not include any information on international human rights as does the museum in Atlanta. The National Civil Rights Museum opened in 1991 and in 2012 underwent extensive renovations and reopened two years later. In 2016, it became a Smithsonian Museum affiliate. 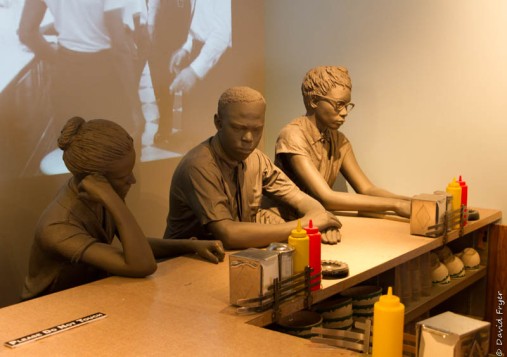 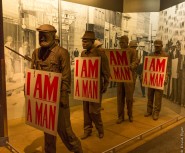 The museum focuses on many  events including the lunch counter sit-in movement, Rosa Parks’ bus ride, and the March on Washington. 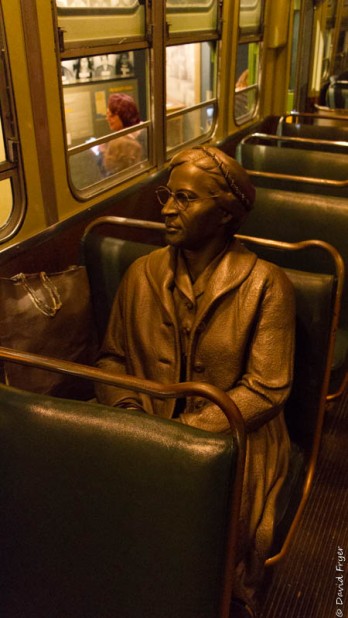 Also included were exhibits on Jim Crow laws, the Freedom Riders, and the Sanitation Worker strikes. The Freedom Riders, for example, were protesting the inability to take bus trips across state lines. Their efforts were met with fierce opposition.

The Museum in Memphis is in a unique location because it was built around the Lorraine Motel. This hotel was frequented by many famous musicians in the 1960’s like Ray Charles, Aretha Franklin, Ethel Waters, Otis Redding, and others. It is also infamous for being the place where Martin Luther King, Jr. was assassinated in 1968. A permanent wreath is placed in front of room 306.

The newly renovated museum has many interactive exhibits that incorporate audio, video, text, and images that help visitors immerse themselves in the history of the Civil Rights Movement. Included also are short films that profile important change makers and chronicle important events In the civil rights struggle. On display are replicas of the bus that Rosa Parks rode in and the Supreme Court room where the landmark case of Brown vs. Board of Education was debated. At the end of the tour in the main museum building, you can see the interior of Room 306 of the Lorraine Hotel, the room that Dr. King occupied at the time of his death. 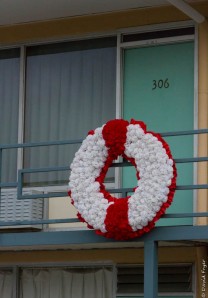 Across the street is another building which is also part of the museum complex and it is the site of the boarding house from which James Earl Ray shot Dr. King. The displays in this area focus on the assassin and include the boarding house room and the bathroom that he occupied along with police evidence and files that were used to convict him.

All of the exhibits in the National Civil Rights Museum are very informative, thought-provoking, and emotionally moving. This Museum provides truly an immersive experience for visitors.

While touring the museum, we decided to step across the street and have lunch at Central BBQ. This is one of the famous Memphis barbecue establishments. After sampling their food, I have to say that their ribs were some of the best I have ever eaten. Now I understand why so many people rave about Memphis barbecue. 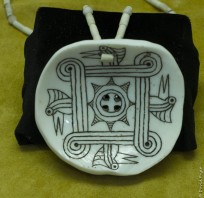 We also visited a museum in the state park where we were staying. The Chucalissa Museum is now run by the University of Memphis and shares the history of the prehistoric American Indians in the region. Surprisingly, these were not hunter-gathers but farmers who lived in villages surrounding a central sacred platform mound. The small museum, staffed with students, has exhibits on culture, crops, and the history of these earliest Mississippian inhabitants.

With more time and better weather, there were many other places of interest that we could have explored like Graceland (Elvis Presley’s home), the Memphis Zoo, the Memphis Pyramid (home to the world’s largest Bass Pro Shop), the Memphis Art Museum, or Beale Street in the evening. We hope see some of these places during our next trip to Memphis.

2 thoughts on “Rollin’ on the River – Memphis”