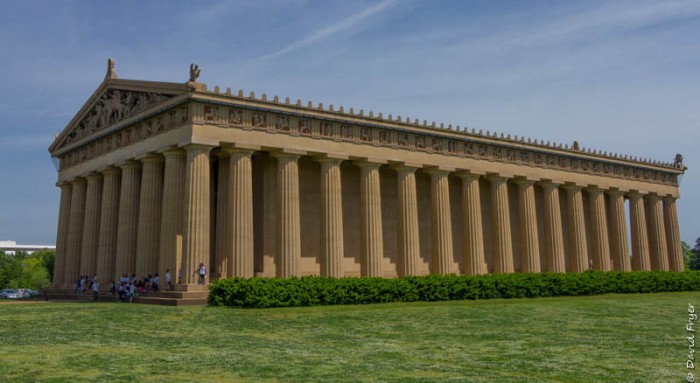 Nashville, TN is perhaps best known as a music mecca being that it boasts the home of The Grand Ole Opry and the Country Music Hall of Fame. There is so much to see and do in the area. As is often the case, we are not able to do everything while there, but we decided to sample some of Nashville’s history, music, art, and architecture, and good eats. 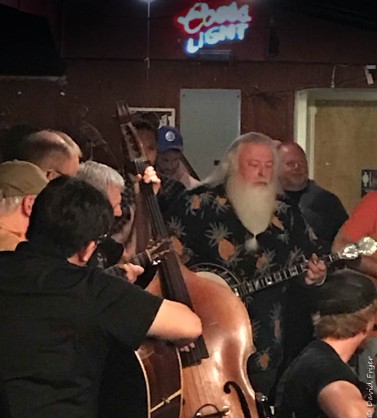 We were excited to learn that our daughter would be in Nashville on business while we were there. We met her for dinner one night and afterwards went to Station Inn to check out some of the music scene. Located in the Gulch area of town, the Station Inn has been a favorite gathering place for bluegrass, country, and blues musicians since 1974. This is one of the places that the Nashville locals recommend. On Sunday evenings, they host a free bluegrass jam session. Seats are first come, first served and the venue was packed. When we left, there was a line out the door waiting to enter. Other nights of the week, there is a cover charge to enter but they often have grammy-award winning artists in concert there. We thoroughly enjoyed the music at the Station Inn and it was great to get to visit with our daughter too.

For our taste of history, we visited The Hermitage which is not far from downtown Nashville. The Hermitage is the home of our 7th president, Andrew Jackson. He is often referred to as the “People’s President” since he worked to expand representation among different groups of citizens and also to strengthen the country’s union. Although many of his actions were admirable, there were others that have earned him serious criticism. For example, he was a strong advocate for slavery and he was responsible for removals of Native Americans from their lands.  Andrew Jackson was a very colorful character who was both revered and reviled, but had great impact on the office of the presidency itself. 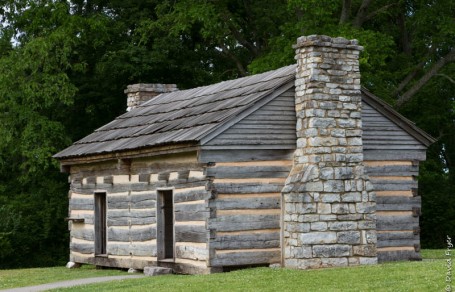 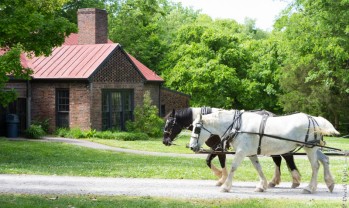 Andrew Jackson bought the Hermitage in 1804 and he and his wife, Rachel, homesteaded there for many years. They lived in a small cabin on the property and it would be 17 years before Jackson would build the first brick mansion there. The construction of the mansion began after his return from defeating the British in the Battle of New Orleans, which made him famous, and before his first presidential campaign. We toured the renovated mansion, walked the grounds, and saw the cabin where they first resided. There is a very informative museum and also a free audio tour that is excellent.

Our visit to the Hermitage piqued our interest in Andrew Jackson’s life and we are currently listening to Jon Meacham’s audiobook entitled American Lion: Andrew Jackson in the White House (2009) to learn more about this unusual president. 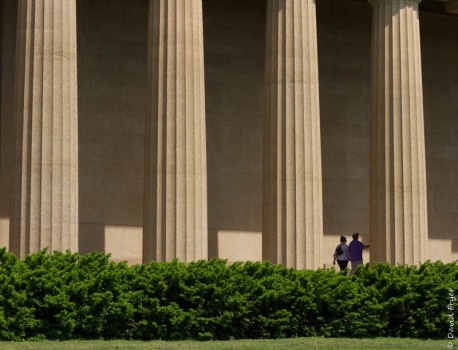 For our sampling of Art and Architecture, we got to see a full-scale replica of the Parthenon in Centennial Park. To celebrate Tennessee’s 100 years of statehood, the city held an Exposition in 1897 and the Parthenon was built to display the 1,172 pieces of art from all over the world. Hosting this event earned Nashville the title of “Athens of the South.” Once the celebration was over, all of the structures were dismantled save the Parthenon. It had become a favorite and the citizens wanted it to remain. After more than 20 years, the city began to reconstruct the Parthenon using more permanent materials and they decided to build an exact replica of the Greek temple which entailed purchasing casts of the Elgin fragments from England. They then recreated the missing pediments so that it would be authentic. The reconstruction took over 10 years to complete.

Inside the Parthenon there is a gilded and painted sculpture of Athena which stands 41’ 10” tall. This impressive statue occupies the upper floor of the building and is an overwhelming sight to behold. On the lower floor is an art gallery which houses a permanent collection and several special exhibits. When we visited the 2019 Juried Exhibition of Mosaic Arts was on display.

Not only is the Parthenon impressive but the Centennial Park itself is a lovely place. We saw lots of people enjoying the trails, art galleries, ponds, and playgrounds. 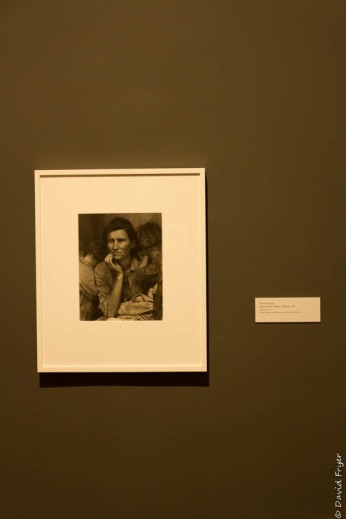 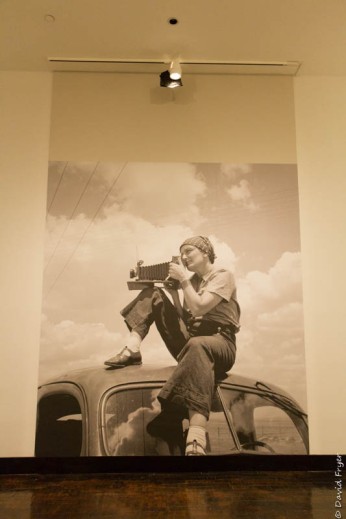 Another place that we went was the Frist Art Museum. As you know, David is a photographer and when we discovered that there was an exhibit of Dorothea Lange’s photography, we wanted to see it. Dorothea Lange is a very famous documentary photographer. In some of her most recognized photos, she captured the despair of the Dust Bowl survivors, the lives of the Japanese who were interred during WWII, the plight of migrant workers, and the hardships of the Great Depression. This particular collection of photographs were very extensive. We were very moved by her ability to document the human condition and the human spirit. 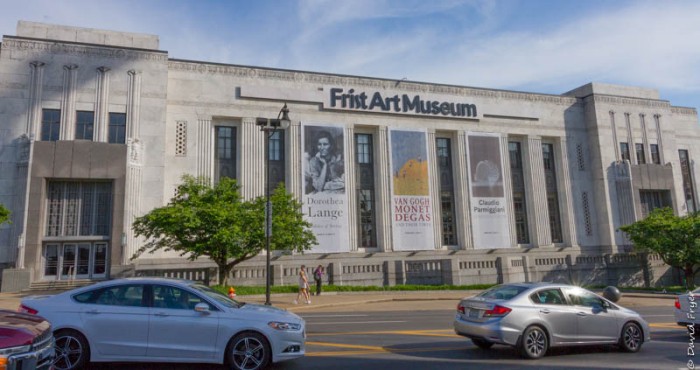 The Frist Art Museum is located in the former post office building and its architecture is very unique. We also walked into the old train station that currently is an elegant hotel.

In addition to the history, music, art and architecture, we tried some of Nashville’s good eats. Nashville is known for their hot (spicy) chicken, we ate some at both Party Fowl and the famous Hattie B’s. I like the latter better than the former. We also went to Mas Tacos for lunch one afternoon. Their tacos were amazing.

Nashville is a city full of surprises, vitality, education, music, and growth. We had a wonderful visit to the “Athens of the South.”

3 thoughts on “Athens of the South – Nashville, TN”