Carson City, Nevada and the surrounding area held a number of pleasant surprises. Our first surprise was that our friends, Judie and Mark, were in the area since they have family nearby. The last time we had been together was during our stay in Colorado this past summer. We were excited to see them again. We got together with them several times and they gave us some great tips that enhanced our time in Carson City. 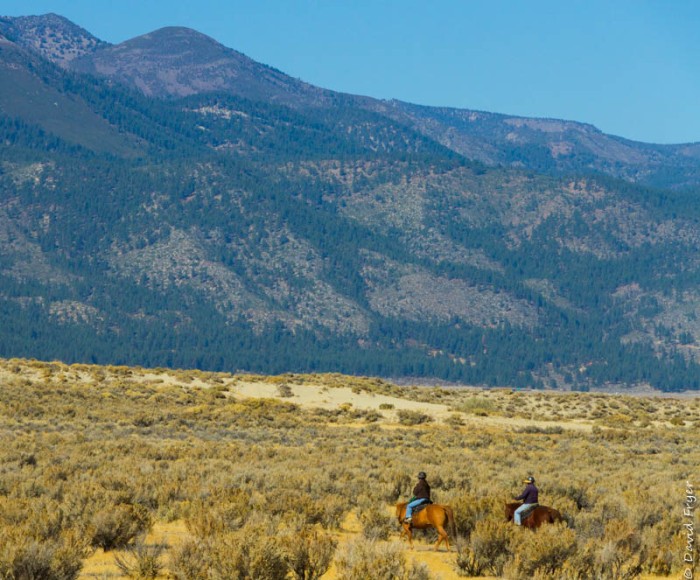 Judie and Mark recommended that we stay at Washoe Lake State Park. This popular first-come first served campground is about five miles north of Carson City and 18 miles south of Reno. We learned that two weeks before we arrived, they added water and electric to Loop A. We were fortunate to get one of those sites.

Washoe Lake SP was named for the Washoe Indians who for generations inhabited the valley during winter months. Established in 1977, the park encompasses 8,053 acres and offers great views of Washoe Lake and the Sierra Nevada mountains. During our time at Washoe Lake, we saw a variety of birds that frequent the lake’s wet lands. We also enjoyed some lovely sunsets. While it can be very cold in winter and they often have high winds, we had great weather overall. We liked this park and the Carson City region so much that we extended our stay there. 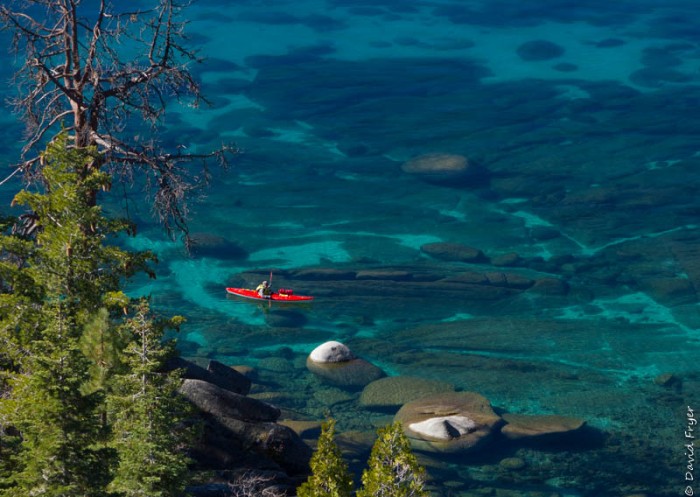 Another pleasant surprise came when we visited Lake Tahoe which is about a thirty minute drive from Carson City. Lake Tahoe straddles the Nevada-California state line. Created by glacial activity more than 10,000 years ago, this lake is the third deepest lake in North America. Its depth of 1,600 feet and its currents ensure that the lake never freezes in winter. One of the most amazing things is how clear the water is; you can see 67 feet below the surface. There are 63 streams that flow into the lake and only one river, the Truckee River, flows out of it. Interestingly, the water from the lake, unlike other rivers and lakes, never reaches the ocean. 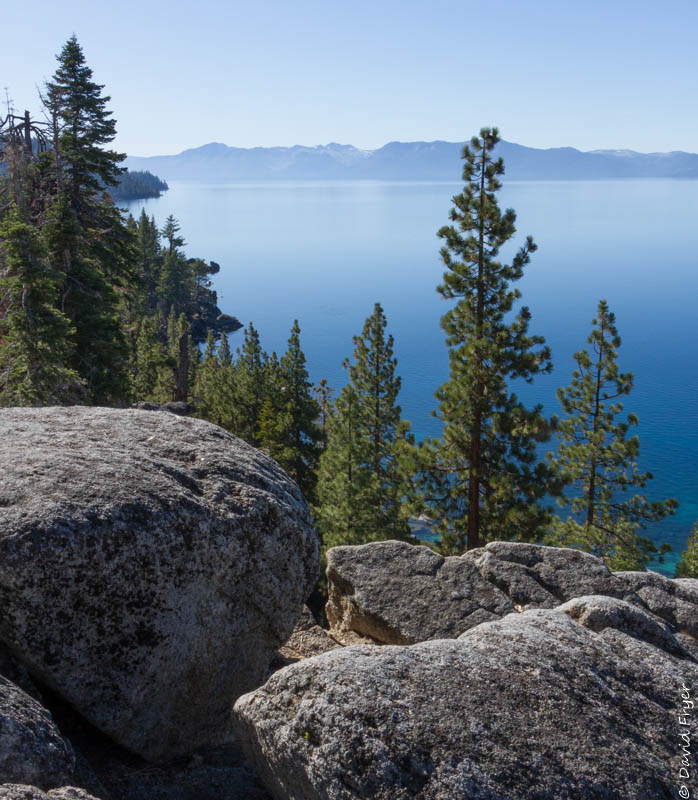 It was a gloriously sunny day so we decided to drive all the way around Lake Tahoe. We stopped frequently to take photos of this beautiful lake.

We also hiked down to the water’s edge to get a closer look. As we circumnavigated the lake, we saw numerous kayakers, paddleboaters, and boaters out on the water. We had a delightful lunch at a wonderful restaurant called Fire Sign Café.

The beauty of Lake Tahoe has attracted many for centuries. The Washoe Indians made their home there in summers. Miners and trappers arrived there in the early 19th century. Lake Tahoe became a destination for vacationers in the 1880s. Once a road was completed around the lake in 1913, many motorists traveled from San Francisco, Sacramento, and Virginia City to see the lake’s blue-green water. Steamer boats offered tourists lake tours. A famous boat called Tahoe carried up to 200 passengers. One of the most popular tours was the midnight cruise which offered dining and dancing until the sun came up.

Emerald Bay was always a favorite with tourists and we could understand why when we saw how beautiful it is. 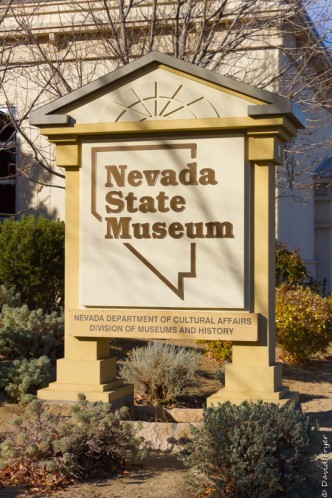 Our final surprise was what we learned when we visited the Nevada State Museum in downtown Carson City. Nevada is known as “the Silver State.” By the 1870s, there were silver mines in almost every county in Nevada. The large number of silver and gold mines in the state gave rise to the establishment of the Carson City Mint in 1863. It began operations in 1870 and minted gold and silver coins until 1893 when the demand for silver declined. With its close proximity to the silver mines, particularly the Comstock Lode, this building also housed the Assay Office for the region.

Today the Nevada State Museum in Carson City is located in the former Mint building. One of the unique features in the basement of the museum is the replica of a silver mine. On the main floor you can see one of the original coin presses which is still operational. On certain occasions, the Museum offers demonstrations of how the coin press works. Displayed there too are examples of the coined minted in Carson City. Coins produced there will have “CC” stamped on them. The Carson City Mint Morgan dollar coins are rare and are still in high demand among coin collectors.

In addition to the mine and Carson City Mint exhibits, there is a Ghost town and extensive display of vintage firearms. There is also a Native American Heritage wing that highlights their culture and contributions to this region. 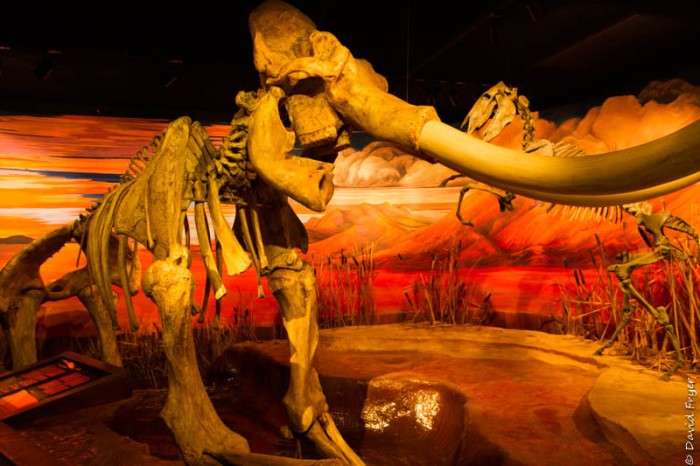 The Museum’s second floor are the remains of the world’s largest mammoth, the Columbian mammoth, which was found in the Black Rock Desert just north of Reno, NV. Also on display is the Spirit Cave mummy discovered in 1940 near Fallon, NV. It is the oldest human mummy found in North America.

The Nevada State Museum is one of eight state museums. We found it to be very informative. We learned a lot about the history of Carson City. 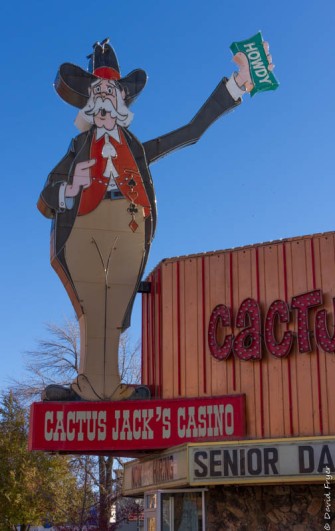 We thoroughly enjoyed the surprises that Carson City afforded us. Many thanks to Judie and Mark for helping make our visit to the area lots of fun.

One thought on “The Capital of the Silver State”