Tillamook, Oregon is perhaps best known for its creamery. You can find their delicious cheeses and ice cream in many stores throughout the United States. This creamery is actually a co-operative of almost 100 dairy farms and they take great pride in their products. The county is dotted with many agricultural and dairy farms. We camped beside a farm growing corn and it also had dairy cows based on the occasional odors that wafted our way.

The Tillamook Creamery is now open to visitors during weekdays. Due to COVID restrictions, you must make a reservation online to gain admission. The reservation costs $5 but you receive a $5 voucher that you can use to purchase ice cream, cheese, food, or gifts on site. David and I had planned to stop by the Creamery but found that there were no time slots available while we were there. Since we had been to the Creamery before and taken the self-guided tour, we were not heartbroken. If you want to go there, you need to plan ahead because we did see plenty of people waiting to get in every time we drove by it. We decided to do some other things in the area that we had not had the time to do previously. 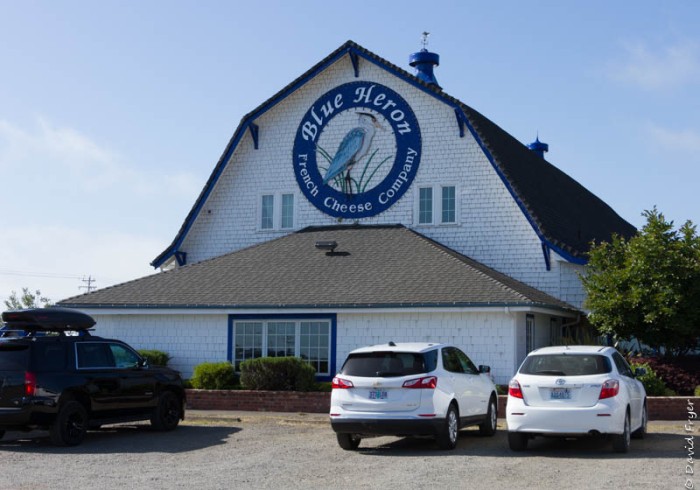 Blue Heron French Cheese Company, located a mile south of town, sells cheeses and Tillamook ice cream (don’t worry, we managed to get some ice cream while we were in Tillamook.) This Oregon based company has been in business for 40 years and they are known for their Blue Heron Brie cheese. Located in a 1930’s Dutch Colonial barn, the store sells a wide assortment of cheeses, Oregon wines, ice cream, chocolates, and unique gifts. In addition to the gourmet foods, they offer cheese and wine tastings and they also have a deli with sandwiches, salads, soups, and chowder on the premises. 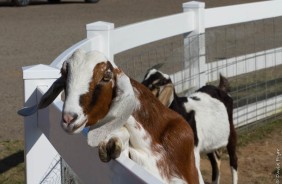 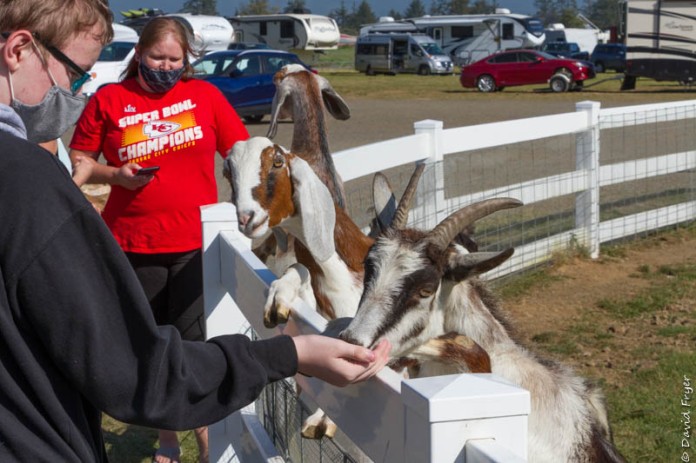 It is a really family friendly place to stop. One of the fun things about this place is that it is located on a charming farm with antique farm equipment, a picnic/playground area, and a petting zoo. Visitors can feed the goats and pigs. We also saw llamas, donkeys, turkeys, and peacocks. 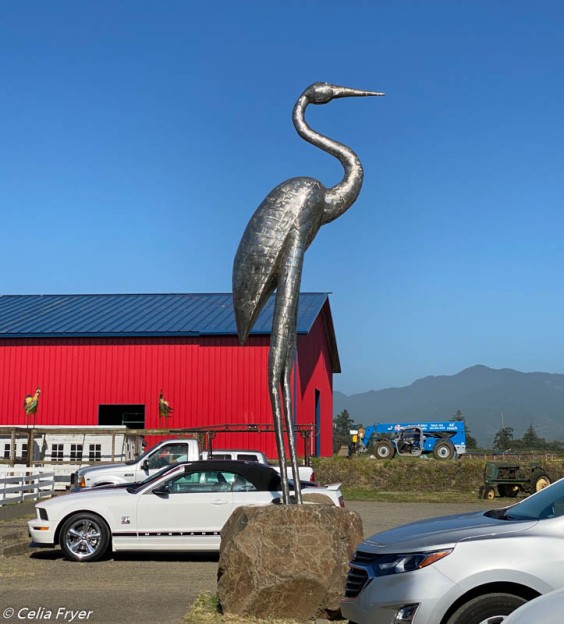 As an added bonus, they allow free overnight camping to Harvest Host members. Although we did not stay there this time, we saw a lot of campers parked there. It was a great stop and the brie and the ice cream that we purchased were both delicious. I am sure that we will visit the Blue Heron Cheese Co. again the next time we are in the area.

Oftentimes when you come to a new area you find something that surprises you. One of the more unique places that we discovered in Tillamook was the Air Museum. We had seen it several times as we drove down Hwy. 101 and wondered what that large building was. From the outside, it looks like a large warehouse. One day we decided to go check it out. Turns out that in 1942 the U.S. Navy built 17 hangars to house K-class airships (blimps) and placed them strategically along the East Coast and West Coast. These airships patrolled the seaboards and protected our fleet from enemy submarines. Two hangars were constructed at the Naval Air Station in Tillamook. This location in Oregon was selected because of the weather; it never gets cold enough to freeze in winter. These hangars are enormous. The arch-domed structures were 15 stories high and over 1,000 feet long with 120 foot sliding doors on each end. Each hangar covered an area equivalent to 6 football fields. The first hangar, Hangar A, built in Tillamook was completed in about one year but the second one, Hangar B, was built in only 27 days. One other interesting note about the structures was that they were constructed out of timber harvested from Oregon and Washington since all the available metal was being used to produce airplanes, military equipment and ammunition. It was truly an impressive feat to erect these massive buildings and it was so amazing to see the architecture up close.

Both hangars held up to 8 airships at a time! The K-class airships measured 252 feet in length, 80 feet in diameter, and held 425,000 cubic feet of Helium. (A Goodyear blimp is 192 feet long.) Below the hangars there was a series of tubing that ran underground from the Helium Room to several locations in the building where the airships were filled with gas. When on patrol, these airships could fly 2,000 miles and generally stayed on patrol for 3 days at a time. With the Japanese surrender in 1945, the Naval Station and these airships were less critical so in 1948 they were decommissioned.

Today the Air Museum is housed in what was Hangar B. A fire destroyed Hanger A in August of 1992. The Museum’s collection is very eclectic. There are a number of aircraft on display as well as a collection of vintage cars, fire trucks, a train, and a small blimp. Outside there is one of the two “Mini Guppy” airplanes built for over-sized cargo. You can walk into it and explore the cargo area that could carry 32,000 pounds. Inside the hangar there are several interesting exhibits that include pieces of the German airship, the Hindenberg, as well as other WWII artifacts. Among the interactive exhibits is an Air Raid Shelter and an area where children can play.

Another compelling exhibit features the plight of children during the Holocaust in Europe. While this is not what we would consider a typical museum, David and I found that, as we poked around this fascinating building, there were many hidden gems here worth seeing.

The Comet NEOWISE was another wonderful sight worth seeing. David had spotted the comet a couple of times while we were in Florence, OR but the trees around our campsite made it somewhat difficult to see. In Tillamook, we camped in an open area and we were able to observe it once our eyes adjusted. Through the binoculars, the comet was even clearer. It was amazing to see the comet and its long tail as it streaked across the night sky. It is also hard to fathom that it will not reappear for another 6,800 years. Our daughter was able to capture a great photo of it as it made its trek across the Oregon night sky. 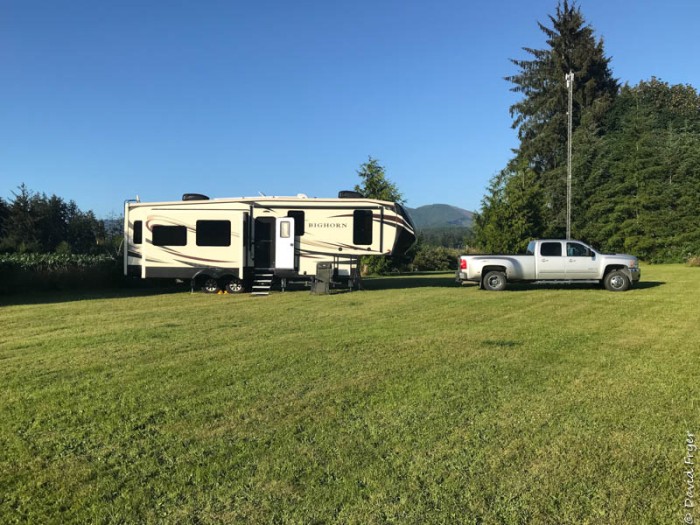 Tillamook boasts over a million tourists a year. The city itself is only one of many reasons that visitors come here. This region’s peaceful and lush green landscape, its capes, beaches, waterfalls, and its lighthouses also attract visitors to this area. More on that in an upcoming post.